The former vice president had another slip of the tongue that brought scrutiny, this time in crucial Iowa where voters are watching the presumptive Democratic frontrunner's every move 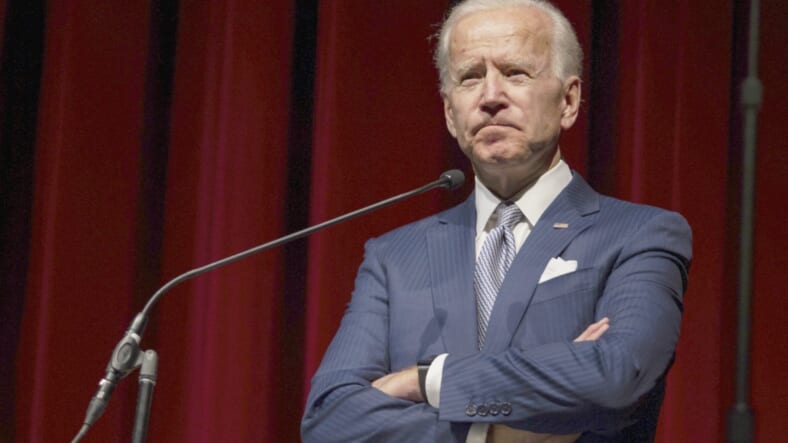 Former Vice President Joe Biden speaks during the UNLV William S. Boyd School of Law 20th Anniversary Gala at the Bellagio Casino in Las Vegas. On Monday, Dec. 4, 2018, Biden said he believes that he is the most qualified person in the country to be president. (Yasmina Chavez/Las Vegas Sun via AP)

It looks like 2020 presidential candidate Joe Biden has run into another gaffe-related snag that has many wondering if the former Vice President is truly prepared for the uphill battle he has ahead of him.

According to the New York Times, on Thursday Biden stunned spectators and even sparked a bit of outrage after accidentally telling a largely minority audience in Iowa that “poor kids are just as bright and just as talented as white kids.”

While this is only the latest in a series of oral missteps, the man who most experts see as the presumptive 2020 Democratic frontrunner has understandably been under a microscope the last few months, leaving him vulnerable to wrong turns of phrases.

“We should challenge students in these schools and have advanced placement programs in these schools,” Biden said. “We have this notion that somehow if you’re poor, you cannot do it. Poor kids are just as bright, just as talented, as white kids.”

When he caught what he said and recognized his mistake in speaking as if poor children and minority children were synonymous terms, he took a pause and then added, “Wealthy kids, black kids, Asian kids, no I really mean it, but think how we think about it.”

But the damage was done, and the reaction was swift on social media.

“Yikes,” said one commenter, succinctly summing up what appears to be the consensus.

“If Democrats nominate Biden, he could end up out-gaffeing Trump in the general election campaign,” tweeted Intercept columnist Mehdi Hasan.

Biden seemed to be off his game for the majority of his campaign stop in Iowa, and during a speech at the Iowa State Fair, confused everyone by declaring, “we choose truth over facts.” A video of that remark, was immediately reposted by Trump supporters and viewed more than a million times by the next morning.