A new sport debuted at the Pan American Games on Saturday in Lima,Peru - Bodybuilding. 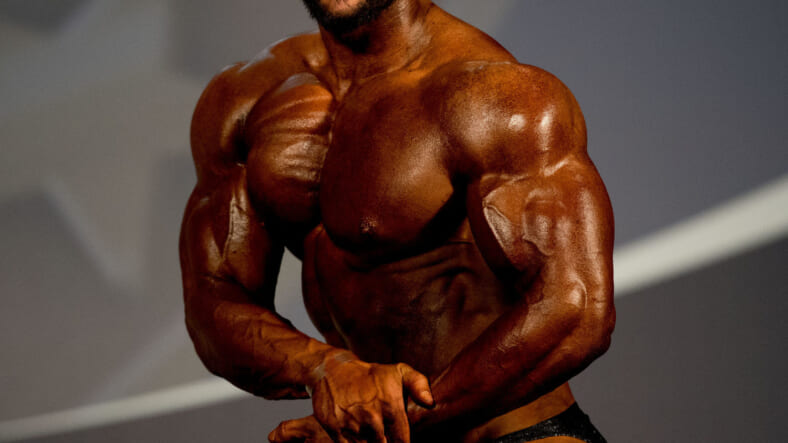 An athlete poses for the judges during the bodybuilding competition. (Photo by David Ramos/Getty Images)

A new sport debuted at the Pan American Games on Saturday in Lima,Peru – Bodybuilding.

Muscle precision, symmetry and harmony were just some of the things judges looked for in the first ever bodybuilding competition.

Leading up to this day many competitors had a strict diet and trained their muscles hard, but only one person could win. The Games’ first gold medals in men’s classic bodybuilding and women’s bikini fitness were awarded to El Salvador‘s Yuri Rodriguez and Paulina Zamora, according to ESPN.

READ MORE: 13 Black athletes you should be following during the 2018 Winter Olympics

“Our sport is hard. I’m not going to lie telling you that you enjoy the pain of weights. This hurts, but when you achieve something like this, you say to yourself: ‘I can do it and I would give much more.’ We’ve made history. My name is immortal. I’m the first Pan American bodybuilding champion,” Rodriguez said.

El Salvador is a small country in Central America with a population of about 6.3 million people. Although it’s small, the country is known for its poverty and gang affiliation with MS-13. However these factors didn’t set Rodriguez back.

“El Salvador is a country that has gone through so much suffering, so many injustices. Maybe not enough has been given to the sport because of these injustices, so these types of achievements bring much-deserved joy to my country.”

The competition consisted of 16 women and 32 men from all over the world. But the women’s and men’s categories differed. According to The Washington Post, the women competed in the fitness category with choreography and acrobatics to music with eye catching outfits. The men however competed in a classic bodybuilding contest with heavy spray tans and swim trunks.

Although bodybuilding was added as an official sport this year to the Pan Am Games, in the 2015 Toronto games it was used as a demonstration sport and as of now it may not be back for the 2023 Pan American Games in Santiago, Chile, ESPN reported.