Check out the trailer for ’47 Meters Down: Uncaged’ starring Hollywood newcomer, Corinne Foxx

Check out the highly-anticipated trailer to the sequel which hits theaters on August 16. 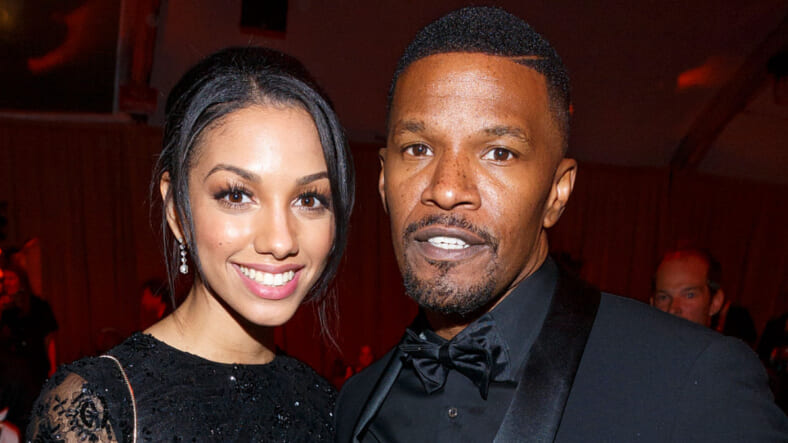 Entertainment Studios just dropped the trailer for 47 Meters Down: Uncaged. The highly-anticipated sequel to the terrifying 47 Meters Down (2017) stars Nia Long as well as a few familiar faces like John Corbett (who played the adorable, Aiden from Sex and the City), among others.

This time around, the film has added a few new characters including Jamie Foxx‘s daughter, Corinne Foxx and Sylvester Stallone’s daughter, Sistine Stallone, as well as Sophie Nélisse, and Brianne Tju.

READ MORE: Nia Long says men have gotten rich off of her hard work ‘I was being paid peanuts’

Set in Brazil, the sequel follows the story of four teen girls diving in a ruined underwater city, who quickly find themselves in a watery hell as their fun outing turns into heart-stopping fear when they learn they are not alone in the submerged caves. As they swim deeper into the claustrophobic labyrinth of caves they enter the territory of the deadliest shark species in the ocean.

“We are so pleased by the huge success of 47 Meters Down; it totally exceeded all expectations,” said James Harris of The Fyzz Facility. “[The film] will take the claustrophobia of cave diving and the thrill of shark encounters and move everything to the next level.”

Added Altitude’s Mike Runagall: “47 Meters Down has captured the imagination of audiences worldwide, and we’re thrilled to be re-teaming with the filmmakers and our friends at The Fyzz for the sequel, which will ratchet up the thrills and spills to a whole new level.”

The 25-year-old Foxx recently talked to theGrio about preparing or the film.

“I did not know how to swim before I signed on for the movie,” seh admits. “I kind of lied to the director when he asked me what my swimming ability was like, but I had about 3 to 4 days to figure it out. We all learned to scuba dive together and it was tough, but now I’m a great swimmer, so that’s all that matters.”

The original 47 Meters Down was a bona fide blockbuster and grossed over $58 million worldwide. “The sequel 47 Meters Down: Uncaged is well positioned to be a big summer event movie,” said Byron Allen, founder and chairman/CEO of Entertainment Studios, in a statement.

Check out the official 47 Meters Down: Uncaged trailer below: