IRS after Mary J. Blige for alleged failure to pay $1 Million in back taxes

Mary J. Blige is accused of racking up debt with the feds while she was still with her ex-husband, Kendu Isaacs, whom she has described as a "con artist" 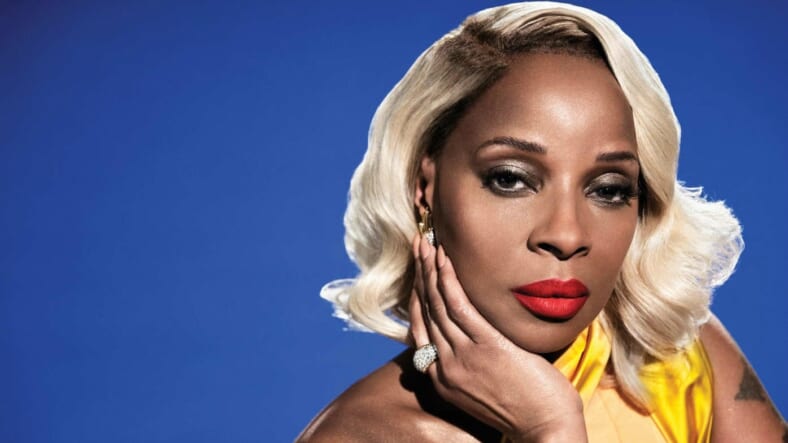 Mary J. Blige may call for “no more drama” in her music, but unfortunately Uncle Sam has quite a bit of it waiting for her.

The singer is facing more financial and legal issues, as the Internal Revenue Service claims she owes $1,198,161 in federal back taxes.

According to the tax lien that was obtained by BOSSIP, Blige apparently failed to pay income taxes from 2016 and 2017. The website reports that the singer had not responded to the filing as of Monday.

Blige, 48, has been embattled with a number of money woes over the years. In 2013, it was reported that she owed $3.4 million in unpaid income taxes. She was also sued for defaulting on bank loans in late 2012 and early 2013: one for $2.2 million from Signature Bank, and the other for $500,000 from Bank of America, Complex reports.

After divorcing her former manager, Kendu Isaacs, in 2018, Apex Bank reportedly sued them both after they failed to make payments on a home. They were ultimately cleared in the foreclosure case, but property owner Golden Venus LLC won a $60,000 lawsuit against the former couple for breach of contract and damages on a Beverly Hills mansion they rented.

In addition to her tax issues, Blige is also paying $30,000 a month in spousal support to Isaacs, whom she has described as a “con artist.”

“I thought someone loved me, right? Turns out, he was a con artist and he didn’t, and now he’s coming after me for all my money,” she told Variety. “When you come out of something like that, you realize you were never the one. There was someone else that was his queen. I got played. I got suckered. I have to keep smiling and keep my spirits up because this is designed to kill me.”

In related news, despite her legal blues, Blige intends to donate a portion of the proceeds from an upcoming concert with Nas in Baltimore to the Liberty Rec and Tech Center, The Baltimore Sun reports.

The duo will perform at the Royal Farms Arena on Aug. 29, and their donation will go towards enhancing music programs at the center.