The Neighborhood Nip Foundation is said to have received a six figure amount in donations from Atlantic Records. 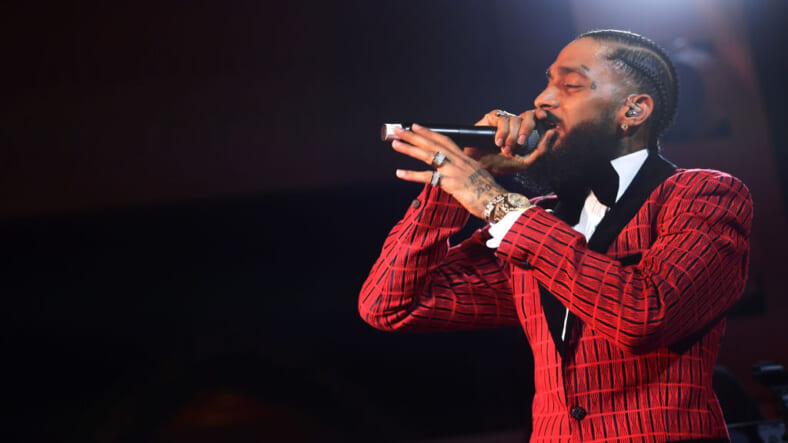 The Neighborhood Nip Foundation is said to have received a six figure amount in donations from Atlantic Records on Friday, according to hiphopdx.

Nipsey’s longtime friend and former business partner Karen Civil posted on Instagram that the record label was the first in line to make sure the marathon continues.

The announcement’s timing comes just before Nipsey’s Puma signature shoe release that is dropping in September.

Nipsey and Atlantic Records have been in business together since 2017, his label All Money In Records was signed to a multi-album deal with the company. In a joint statement, after signing Nipsey, Atlantic CEO Craig Kallman and COO Julie Greenwald said,“Nipsey is not only an extraordinary MC, but a true visionary and innovative entrepreneur. Over the past seven years, he has built an incredible brand that reflects his independent, non-traditional approach to what it means to be a creative artist in the modern music marketplace. We are thrilled and honored that he has chosen Atlantic as his label home.”

Nipsey’s charity was created in the wake of his death by his family to continue the mission of positively impacting his community. The charity will be used to open doors and opportunity for youth wanting to get in the field of music,  according to LA Times.

One of Nispey’s Marathon Agency partners and music executive Steve “Steve-O” Carless said Nipsey’s purpose was to give back for a better future.

“[Nipsey] was very adamant about being purposeful and intentional and giving back and doing that right where he came from. For us, it’s an honor to know we are going to be able to carry that vision on in the future, and we want to make sure it has the fortitude that he had. We’re really excited about it, and this is just the first step.”

But his charity isn’t the only legacy Nipsey left behind. His clothing store, Marathon Clothing, has temporarily closed its doors but is still raking in money. HipHopDX confirmed with the late rap star’s team that the business has netted $10 million since he was gunned down in front of the empire he built.