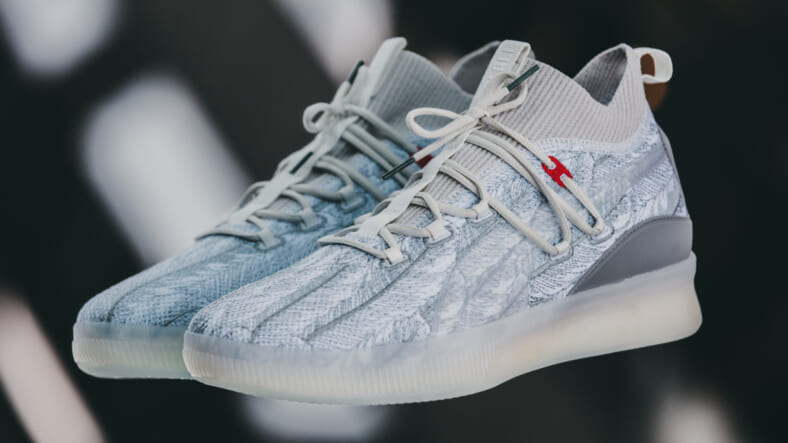 The Clyde Court Peace on Earth drop on December 20th and will be available at PUMA Stores nationwide, puma.com, Foot Locker and other select retailers.

International sports retail company Puma just released a new sneaker called the “Clyde Court Peace on Earth,” and have decided to donate a portion of proceeds from every pair sold to the Trayvon Martin Foundation.

This fall, the brand jumped into the social justice realm and made a commitment to support political issues with #REFORM, a new platform that they hope will, “give activists from the worlds of sports, music and entertainment support in championing causes and encouraging conversations around issues such as universal equality and criminal justice reform,” according to a statement released Thursday.

#REFORM has already attracted support from rapper Meek Mill whose focus is on criminal justice reform, WNBA All-Star Skylar Diggins-Smith who has become an advocate for gender equality and Olympian Tommie Smith.

In 2012, Trayvon Benjamin Martin who fatally shot in Sanford, Florida by George Zimmerman. The senseless killing of the 17-year-old, and the shocking acquittal of Zimmerman sparked national outrage. Since then, his mother Sybrina Fulton has become a vocal anti-gun violence advocate.

Friday, Fulton spoke to theGrio to explain what the Trayvon Martin Foundation does, her hope for her son’s legacy and why collaborating with PUMA’s social justice initiative felt like the right move.

Proud to stand with The Trayvon Martin Foundation to help fight gun violence. PUMA Hoops will donate five dollars for every PEACE ON EARTH sold. LET’S GET IT. #REFORM pic.twitter.com/VXY726sfc4

“We wanted to leave a legacy for Trayvon and this foundation is the vessel we’re using to do that,” Fulton said, explaining what prompted her to start the non-profit.

“We bring awareness to gun violence. Yes, that’s one of the major things that we do. But we also have several youth programs, give out scholarships and hold community events. We have something we call Circle of Mothers, where we reach out to mothers whose children are victims of senseless gun violence. We empower them to heal,” she says, noting that there were no programs like that available to her when she lost her son. 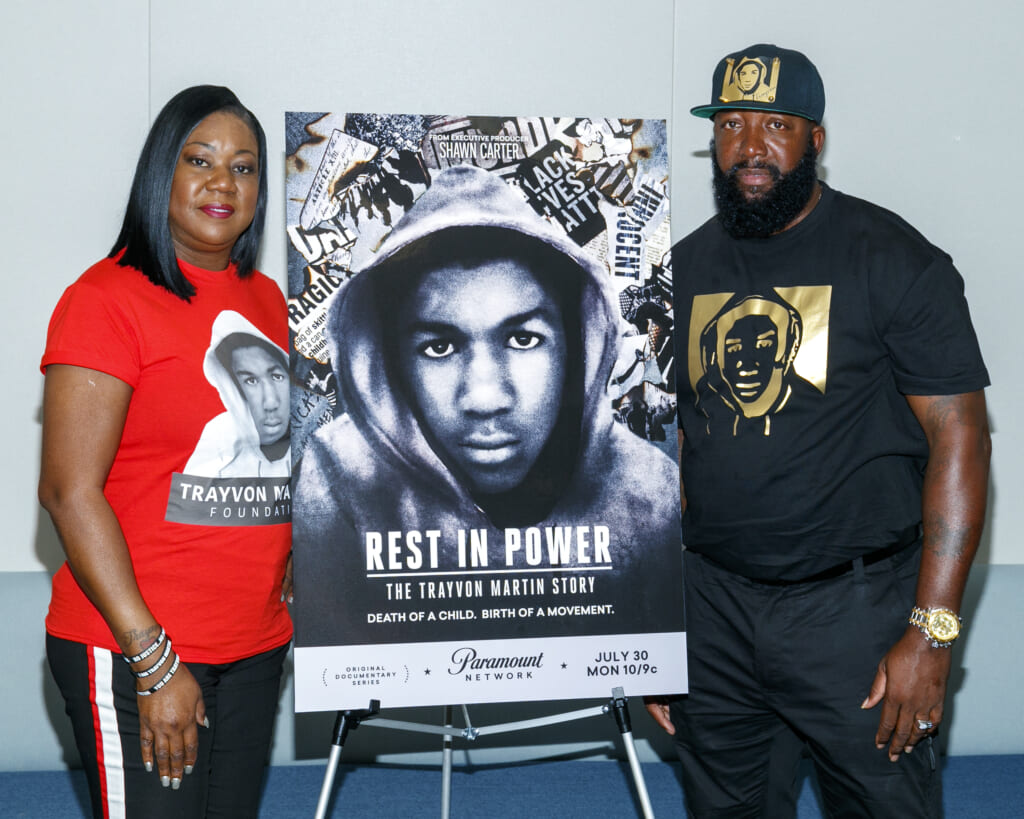 When it comes to the foundation’s new collaboration with Puma, Fulton applauds the retailer for taking a stance and would encourage other brands to consider doing the same.

“I definitely wear Puma, I had them on today!” she admits with a laugh.

“It’s good to see that they are doing something productive and want to bring awareness to social justice. I commend them for partnering with us because it will allow us to do more for our young people.”

Adam Petrick is PUMA’s Global Director, Brand and Marketing and believes this partnership proves brands can go beyond billboards to make a social statement.

“Gun violence is an issue that is extremely important to our consumers – as well as our PUMA ambassadors – and as a company. We have an obligation to be present in the conversation and use our platform to make an impact in advocating for social change,” said Petrick in a statement to theGrio.

“That’s why we’re proud to stand alongside the Trayvon Martin Foundation to promote peace, preserve Trayvon’s legacy, and side with limits on gun ownership. We would be doing a disservice to our consumers and, society as a whole, if we didn’t take an active lead on these matters and lend our voice to this discussion.”

As for what the foundation plans to do with the proceeds from the new tribute sneaker, she says her team is excited to pour those funds into their youth summit and work to bridge the gap between the young people and law enforcement.

Fulton recently received an honorary doctorate from Benedict College and is often applauded for being a pillar of strength for those around her, but she admits that the price she had to pay is one no mother should ever have to endure.

“Trayvon is the sacrifice that was I was forced to make. I would not have willingly given up my son,” she explains soberly. “But nevertheless he was the sacrifice. And he reignited a lot of people’s minds to what was really going on in this country.”

“It wasn’t the first time that somebody was shot and killed without their attacker being held accountable. But my son’s story made people wake up,” she concludes. “It made them want to take action! And that is a good thing. I’m choosing to focus on the good.”

The Clyde Court Peace on Earth dropped on December 20th and is now available at PUMA Stores nationwide, puma.com, Foot Locker and other select retailers. Five dollars from every pair will go directly to the Trayvon Martin Foundation.