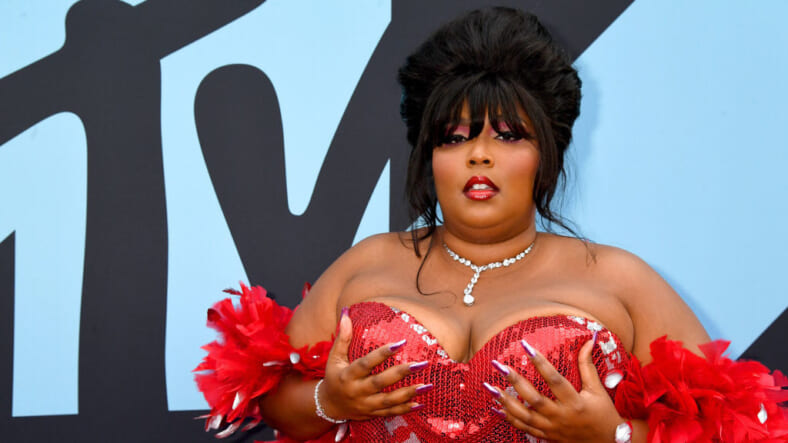 The 2019 MTV Video Music Awards went down in New Jersey on Monday night and stars like Lizzo, Lil Nas X, Missy Elliott, Cardi B, and more were serving up serious style. The VMAs have always been the place to make a statement and a few of our faves did just that with their big, bold, VMAs looks.

Lizzo was looking radiant in her strapless, red, siren gown and matching feather boa before taking the VMAs stage for the first time.

LeToya Luckett showed off her post-baby body in a sexy, short black dress.

Lil Kim seemed to draw inspiration from her “Lady Marmalade” days when she hit the carpet in this feathery number.

The effortlessly sexy rocker opted for an all-denim ensemble and bared his belly for all to see.

H.E.R. took a cue from Britney Spears by wearing a live snake around her neck while donning her signature shades.

Lil Nas X decided to go full rockstar for his first VMAs appearance and before vying for the coveted Song of The Year Award for his hit “Old Town Road.”

Megan Thee Stallion hit the stage during the VMAs pre-show in a military-inspired ensemble and rocked this bold, leather look on the red carpet.

Normani came to slay in every way, heating up the red carpet in this belly-baring dress before hitting the VMAs stage to shut her haters down for good.