The sensation who is making serious waves on the alt-hip-hop scene says to keep the backhanded compliments. She's fine the way she is 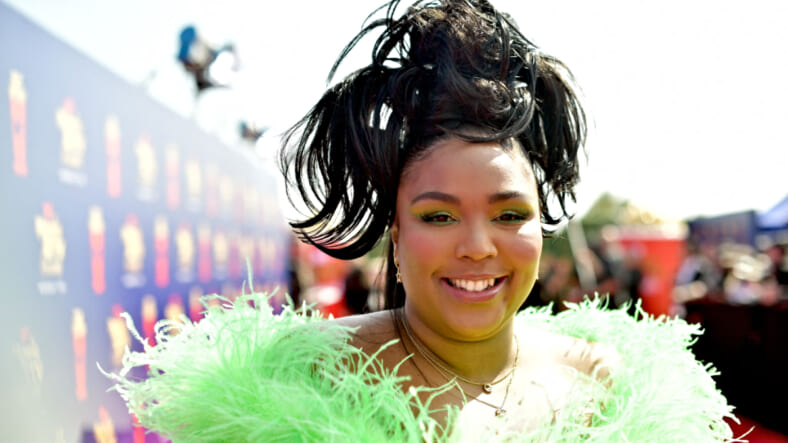 Hit alternative hip-hop artist Lizzo has never been ashamed of her plus-size or confident look but she’s getting sick of how people give backhanded compliments about the way she flaunts what her mama gave her.

This month the “Truth Hurts” singer opened up to Glamour as part of their “F” word series and shared her frustrations with what some are unwittingly implying with their comments.

“When people look at my body and be like, ‘Oh my God, she’s so brave,’ it’s like, ‘No I’m not,'” Lizzo, 31, explains. “I’m just fine. I’m just me. I’m just sexy. If you saw Anne Hathaway in a bikini on a billboard, you wouldn’t call her brave. I just think there’s a double standard when it comes to women.”

While she appreciates and even embraces her new position as a prominent face in the body positivity movement she does want fans to stop being so visibly stunned that a woman with her presence might actually just be okay with herself.

She told the magazine that she hopes starring in major makeup campaigns and dressing in ways that celebrate her figure will help normalize bodies like hers. Currently, she’s a spokesperson for Absolut Vodka’s new “Juice” line a nod to her career making hit of the same name.

“The creative had the big girls in it. It was juicy, like me, and fun, like me,” Lizzo says. “For someone like me to get a campaign with Absolut and to be wearing a bikini and to be jumping around and dancing and having fun—Absolut saw me on Instagram, saw how I like to dress, saw how I liked to party with my girls, and they came up with that creative.”

She’s got the Juice, period! Go behind the scenes of our ? @lizzobeeating’s iconic Absolut Juice ad and #GetJuicy with us all year long ?