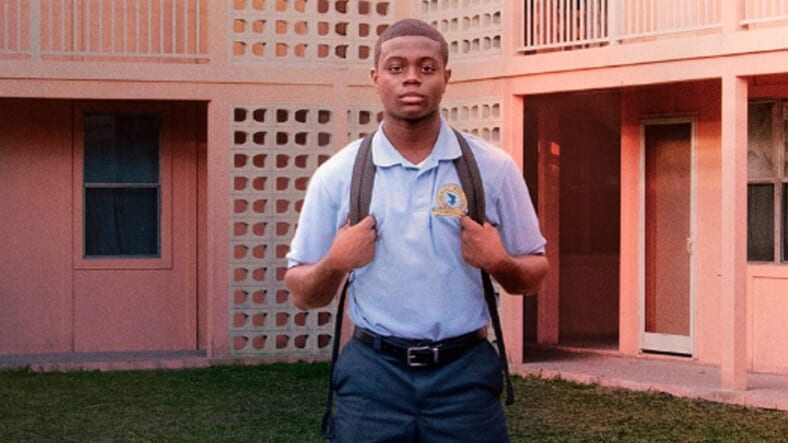 The third episode of OWN’s powerful new drama David Makes Man gave us a closer look at David and Seren and illuminates truths that are hard to swallow.

David (Akili McDowell) is haunted by his recent behavior, including getting into a fight with his best friend, Seren (Nathaniel Logan McIntyre) and his argument with an imaginary Skye (Isaiah Johnson).

In one particularly poignant scene, we see David meeting his therapist (Ruben Santiago-Hudson) and he has a hard time being honest at first. When the doc seems concerned about David’s home life, we see both sides of his personality presented in the background, having different reactions to each topic they tackle. Throughout the episode, this device recurs and gives us a clear understanding about how his two personas navigate life, process experiences, and where they coincide.

Dr. Woods-Trap (Phylicia Rashad) decided to force David to work with Seven on his project, in an effort to make sure the boys have moved passed their fight. Unfortunately for David, Seren insists the only way he will help with the project is if David agrees to spend the night at his house. David is hesitant for obvious reasons (he’s scared about Saren’s too touchy stepfather, Ray, but he reluctantly agrees after Seren reveals his tormentor is out of town on a work trip.

David is awestruck when he sees Seren’s big, beautiful house and fridge full of snacks. They’re having a good time until Seren’s scary AF mother walks in and begins to torment him, showing us that she may be even more of a predator than her sicko husband. Her tone is terrifying and she doesn’t even try to hide her abusive behavior in front of David and proceeds to make small talk with him as if she didn’t just show her true colors a moment before.

Later in the therapy session, the therapist lands on the subject of Skye, and this guy seems to be see right through David’s attempts to sugar-coat the trauma of the loss. All of David’s personalities speak in unison when he’s explaining what kind of force Skye was in his lie and it’s clear he’s the reason David has his heart set on going to the exclusive high school, Hurston.

Miss Elijah (Travis Coles) remains one of the show’s most intriguing characters and we learn how close her friendship with David’s mother, Gloria (Alana Arenas) really is.

When David and Serena are about to go to sleep, David urges his friend to tell an adult what’s happening to him at home. It is then that we learn that the abused kid doesn’t believe his mother knows that he’s being molested by her husband, Ray, but we also see that he may be more tormented by her abuse than the things his stepfather does to him.

Later, we learn all about David’s father who was one of Gloria’s professors. We see a flashback of what happened when she brought their young son to his home to meet him and how she was rejected and humiliated by him and his wife. “And that’s the story of how I came to be without a father,” David says at the end of his project. “I’m not nothing.”