International agreement could permit Haitians to travel to Russia without visas

As relations warm between the Caribbean nation and the Kremlin, concern may rise in Washington over dealings between the two countries 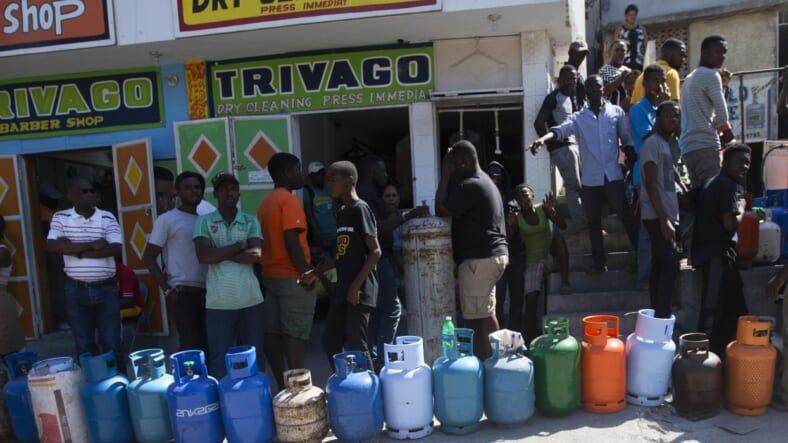 Haiti’s foreign affairs minister says the Caribbean island nation is in talks with Russia to remove the current visa requirement for Haitian citizens looking to travel to country.

According to the Atlanta Black Star, Haitian Foreign Minister Edmond Bocchit confirmed that a mutually beneficial memorandum is in the works with Russia that would allow Haitians to visit the Kremlin visa-free and Russian citizens to visit Haiti with no visa as well.

The agreement comes in the wake of a heavily publicized meeting with Vladmir Fedorovich Zaemsky the Russian Ambassador for Venezuela and Pitit Dessalines party leader, Jean-Charles Moise.

In an interview with Haitian newspaper Le Nouvelliste, Bocchit revealed that he and Zaemsky are hoping to foster a longstanding relationship between the two nations. But Haitian outlets have noted that they recognize this partnership could be met with suspicion by the U.S government even though the two countries have had amicable relations for generations.

Relationship Could Raise Eyebrows in Washington

In fact, Haitian students have already been accepted into Moscow universities on scholarship to study subjects such as international relations, medicine, engineering and computer science.  But it’s been speculated that if the memorandum of understanding is signed, it could cause tensions to flare between President Trump and Russian President Vladimir Putin.

Haiti could soon sign a memorandum of understanding to eliminate the visa requirement for Haitian citizens wishing to visit Russia. The Russians will also be able to visit Haiti without a visa.
Read More https://t.co/S3fayMY9bw #HaitianTimes #Haiti #russia #HaitiNews pic.twitter.com/KSn4JKUCQx

Previously, Trump made headlines for telling a bipartisan group of senators in the Oval Office, “Why do we want all these people from ‘sh**hole countries’ coming here?” He later denied making the statement.