WATCH: Soca artist Kevin Lyttle debuts new single and talks about a reemerging influence in some of today’s hottest music

“I'm happy to finally see that the Caribbean culture and the American culture—where music is concerned—is coming together." 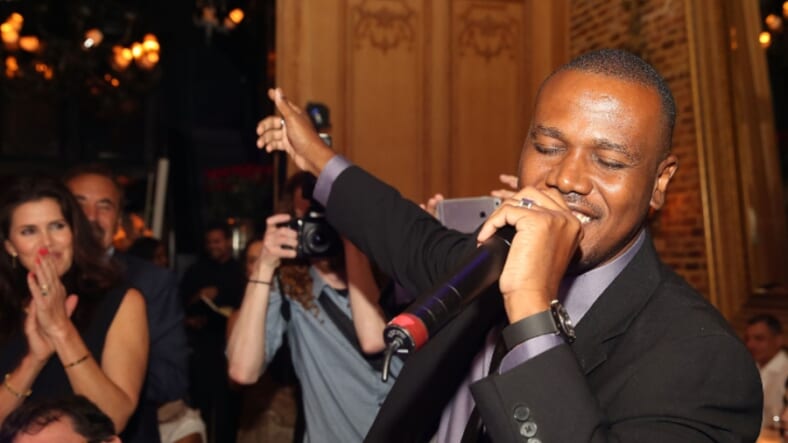 Multi-platinum soca artist, Kevin Lyttle, had everyone swaying their hips in 2004, with his hit single “Turn Me On.” Now, just in time for the West Indian Labor Day weekend festivities in New York City with a parade that attracts more than a million people each year, Lyttle is debuting the remix to his single “Close To You.” The melodic record has his signature island flavor infused with contemporary, tone-producing Afrobeats and features some familiar faces from the Love & Hip-Hop series, Safaree and Jaquae.

“The single is actually produced by Stadic,” Lyttle tells theGrio.

“He’s a producer from St. Vincent in the Grenadines who lives in Trinidad and Tobago. I went to Trinidad to record last year and he played the song for me. He was like, ‘Yo, I got this for you.’ He had already recorded it and I was like, ‘don’t change nothing. I’ll just go in and put in my leads and stuff.’ He’s actually a really good producer, singer, songwriter. I just went with the flow. Everybody who hears it likes the song.”

Today’s mainstream music is once again incorporating influences from Caribbean cultures. In R&B, Chris Brown sampled the hit single “Turn Me On” with his single “Questions” and if you listen to Drake’s music, you’ve heard a song or two exuding that infectious island sound. When asked about this imprint in popular music, Lyttle says, “I’m happy to finally see that the Caribbean culture and the American culture—where music is concerned—are coming together. It’s something that’s been kind of an iffy relationship over the years.”

“In 2004 and 2005, there was Sean Paul, me, Shaggy, Wayne Wonder. We all bled through and got in the top 10 of the Billboard charts here in America, which was very rare. It was that type of time.”

While music has changed enormously over the last decade, it’s ability to go beyond borders has not. Lyttle is happy to see that American artists are reaching out to the diaspora, but warns that there is still much more that can be done to expose new artists to a different array of fans.

“I’m seeing that there is just so much more influence happening internationally because of the Afrobeat, Soca, and Dancehall. I think that America is still behind in terms of the integration of these other cultures into that part of their lifestyle,” said the 42-year, who was born in St. Vincent.

“There are African and Caribbean people living everywhere, but in America, for some reason, you don’t hear that type of music and culture being pushed in the way that you hear it in Europe. There, you will hear everything on the radio. If it’s hot, happening in Afrobeats, and somebody in another culture likes it, they going to play it, but, in America, we’re just starting to see the possibilities. I’m very excited for that, but we need to get with the program in America and really start diversifying because we’re missing out on so much great music in general.”

Check out the full interview above for more.