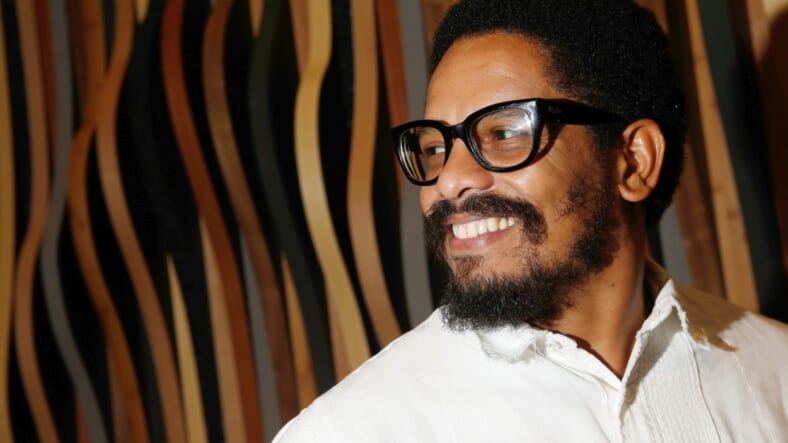 Rohan Marley arrives at the House of Marley booth during CES 2016 at the Las Vegas Convention Center on January 7, 2016 in Las Vegas, Nevada. (Photo by Isaac Brekken/Getty Images for House of Marley)

Curious about what seems to be a growing business trend, Rohan Marley, the son of late reggae legend and Rastafarian Bob Marley, is looking to open a medical marijuana dispensary in Montclair, N.J.

Marley has reportedly partnered with Colorado-based dispensary Lightshade to get a license to open a medical cannabis dispensary in Essex County, according to the North Jersey Record. The application could be one of several approved by the state, as it was recently announced that “five cultivation, four vertically integrated and 15 retail dispensary licenses would granted.”

Once approved, Marley would reportedly handle the marketing and hiring for the company, the report says. He also intends to introduce his own medicinal strain of cannabis in New Jersey with Lightshade.

“In Jamaica, my family has long been advocating about the medicinal benefits of marijuana and its many pathways to treatment well before its medical and recreational legalization into the U.S.,” Marley said in a press release.

Marley, a longtime Jersey resident, has been advocating the medicinal benefits of marijuana long before American lawmakers entertained a conversation about legalization. The Garden State has made easier the process of opening a medical marijuana dispensary, and the legalization question will be put to voters in November 2020.

“Opening a medicinal cannabis dispensary is something I’ve been passionate about for a long time,” Marley told financial website Benzinga. “It’s wonderful to put cannabis forward on a positive stage and see patients benefit from its many uses. I’m happy to see New Jersey take part in this movement and watch it progress further.”

New Jersey is expected to have the highest patient per capita ratios, according to Montclair-based labor and employment attorney John Zidziunas, who is part of Marley/Lightshade’s venture partnership.

“Industry experts are looking east, not west, when it comes to expansion opportunities, and many are anxious to see how this plays out with legislation,” Zidziunas said. “Most believe it is inevitable New Jersey joins the list of legal recreational states.”

Marley and his team plan to hire locally and provide patients with high quality medical marijuana as an alternative treatment to numerous health ailments.