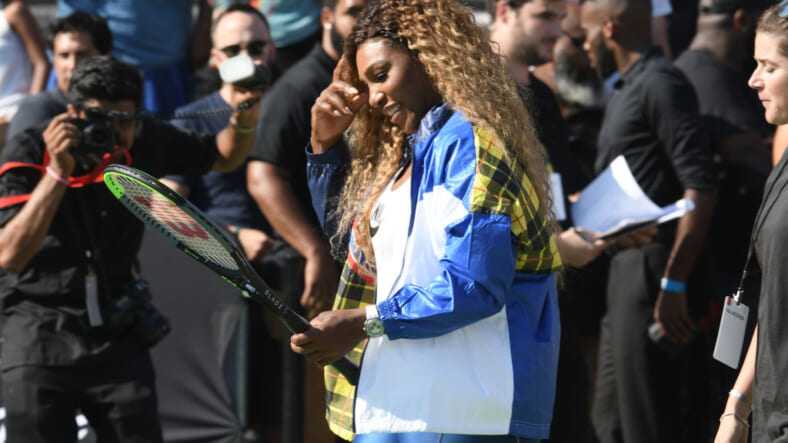 Serena Williams clinched the win Tuesday night, beating out Wang Qiang 6-1. 6-0 in the Quarterfinals and securing her 100th US Open match win.

“I never thought I would get to 100 wins and still be here but I love what I do,” she said to reporters after her match at Flushing Meadows.

On Saturday she slipped and fell and twisted her ankle while playing Petra Martic but was feeling better.

“Tape got a little loose, so I wanted to tighten it, make sure nothing happened” she said. “Other than that, it’s feeling much better.”

“It’s been a tough year but physically I’m feeling great and more than anything I’m just having fun when I come out here.”

—What made Serena Williams stop playing in the middle of an important match?—

Williams will face off against No. 5 seed Elina Svitolina next.

She said about her upcoming competitor: “She’s had a great year,” said Williams. “She made the semis at Wimbledon and I feel she wants to go one step further, so I feel I’ll have to come out and play really well.”

We are rooting for the G.O.A.T to go all the way!