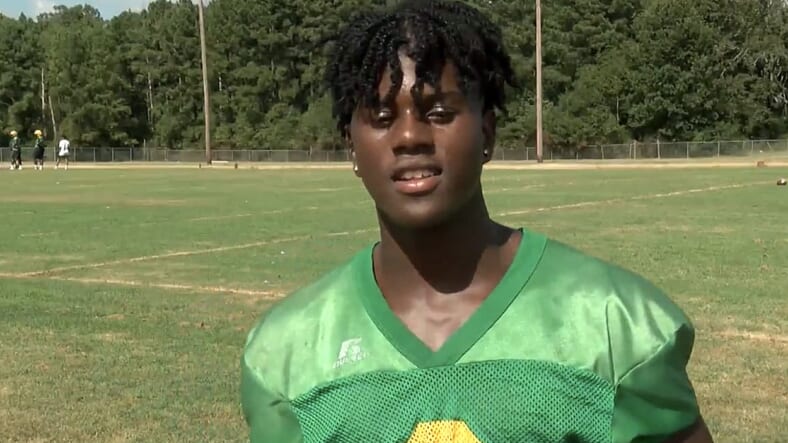 A high school football player in Louisiana has caught eyes and made headlines after the internet discovered that his parents had chosen to name him De’Coldest ToEvaDoIt Crawford.

Yes, you read that right. When said out loud his name sounds phonetically like, “The coldest to ever do it.”

According to Shreveport station KTAL, the public reaction to the student-athlete’s incredibly unique legal name was all sparked after the Green Oaks High School sophomore wide receiver spoke to the station about the upcoming football season.

“The first couple of games, they need experience,” the wide receiver said of the challenges his team will have to overcome to secure a district championship. “So the first couple of games we’ll just carry the load, and then the rest of the season they’ll get comfortable with playing, and we’ll do some big things.”

While his performance on the football field is notable on its own, viewers couldn’t help gawking at his name as it appeared on the screen. And almost immediately after the clip was posted it went viral.

“Decoldest ToEvaDoIt Crawford. Boy if he don’t make it big imma be PISSED,” posted one Twitter user, echoing the sentiments of many.

To the point, having such a vainglorious name would understandably come with a lot of pressure, but Crawford says he’s embraced it and says his moniker simply reflects his family’s unflinching confidence in him and his abilities.

“My mom came up with my name. She named me this because she knew I would be the best athlete out of everyone in the family,” the teen told 247Sports, before adding, “I love the fame everyone’s giving me on social media…keep it going.”