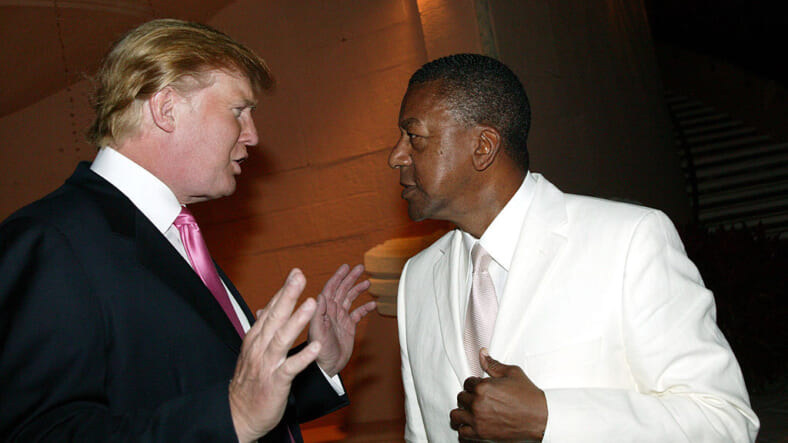 —‘Who the hell is Joy-Ann Reid?’: Trump unsuccessfully tried to come for the popular MSNBC host on social media—

On Thursday, Johnson sat down with CNBC’s “Squawk Box” and said Trump is doing “positive things” and gives the President credit for churning out great returns that he believes has benfitted the Black community.

Those alternate facts, however, have yet to be proven.

And Johnson has also given Trump the benefit of the doubt before.

The nation’s first Black billionaire also sat down with then president-elect Trump in 2016 to discuss “business solutions to social problems” at the Trump National Golf Club in Bedminster, New Jersey.

After the meeting, Johnson urged Black America to give Trump “the benefit of the doubt.”

According to CNBC, shortly after the election, Johnson said he turned down a position in Trump’s Cabinet, not over politics but because he said he could not deal with the government red tape.

—VIRAL VIDEO: Teens give back to student once harassed over clothing—

And as for the Democratic candidates lining up to face off against Trump in 2020, Johnson says they have moved “too far to the left;” and as a result, he doesn’t have a candidate he’s supporting right now.