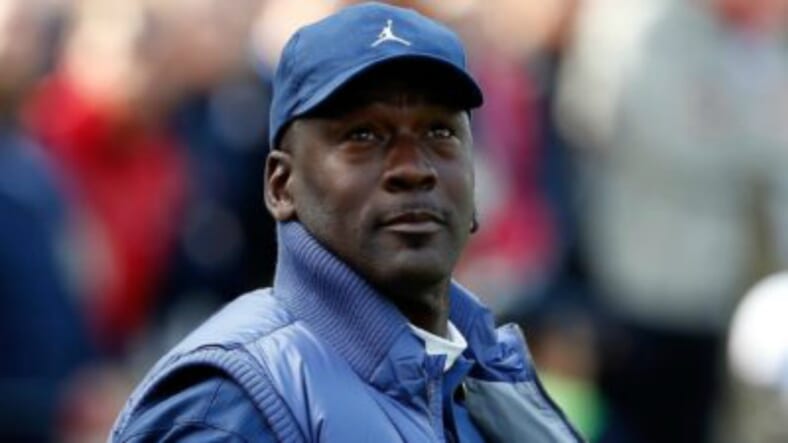 Looks like NBA legend Michael Jordan is trying to get into the spirits business.

According to Esquire, earlier this week the Charlotte Hornets majority owner and a group of his self described “friendly professional basketball rivals” announced the launch of Cincoro, their new line of tequila.

“We set out to create a sipping tequila that is ultra-smooth, naturally rich, complex and delicious; a tequila with exceptional taste,” says CEO and founding partner Emilia Fazzalari, also the wife of Celtics owner and Cincoro founder Wyc Grousbeck.

The group’s press release shares how they come up with the idea for a tequila brand during a 2016 dinner, stating, “They began the evening as acquaintances and after sharing stories and discovering a mutual love of tequila, they quickly formed the foundation of an extraordinary partnership.”

Tequila is said to be Jordan’s longtime favorite “spirit of choice,”  according to Forbes, and so he, Fazzalari and Edens, became the tasting team in charge of choosing just the right blend for the endeavor.

Cincoro; a name they got from combining the Spanish words for “five” (cinco) and “gold” (oro), is set for a nationwide launch in January after successful testing in four markets and with a current release in 12 markets, Forbes reports.

The press release also boast that Cincoro has already won “16 medals across the portfolio at prestigious spirits competitions.” And Wednesday, the five brand founders celebrated the official launch at CATCH in New York City.