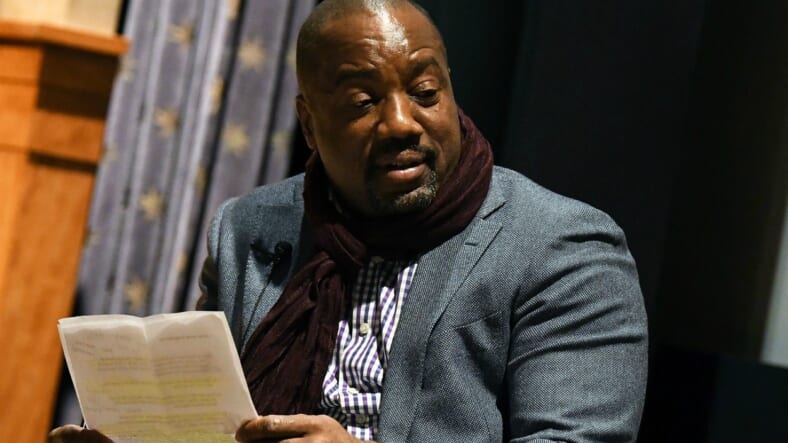 Malik Yoba made headlines this month after admitting an attraction to transgender women. Since then the actor has been accused by a woman who is now an advocate of trans rights of soliciting sex when she was underage, and reportedly stormed out of an interview when pressed to respond to the allegations.

According to The Root, Friday, when Yoba sat down with the publication he was pressed to address a Facebook post by Mariah Lopez Ebony, in which she gives an account of how he allegedly solicited sex from her when she was between the ages 13 and 16.

READ MORE: What we learned from Malik Yoba’s interview on ‘The Breakfast Club’

The actor, best known for his role on the FOX network show “New York Undercover,” walked off the set of an on-camera interview when he was asked about Ebony’s allegations, despite the website’s editors establishing that they would be discussed during the interview.

“I don’t know the woman,” Yoba stated when pushed to make a statement. “I have no idea who she is.”

When asked further about other allegations of interactions with transgender sex workers he became increasingly upset, and eventually became profane and finally threw his microphone to the floor and left.

But Lopez, now 34, doubled down with her claims during a subsequent phone interview this Saturday.

“You always remember celebrity clients. It’s like time slows down. You remember every detail, Blood pounding. He was cute, and polite, don’t get me wrong. But I’m sure he knew what he was doing, was Wrong…..,” Ebony wrote in the post.

READ MORE: Malik Yoba hits back at claims that he solicited young trans teen for sex

The executive director of the Strategic Trans Alliance for Radical Reform (STARR), founded by transgender activists Sylvia Rivera and Marsha P. Johnson, said she had to do sex work as a means of survival, like many other transgender women. She then recalls how the actor used to cruise New York’s Greenwich Village looking to solicit the women for sex.

“I will say, that based on my personal experience in the instance you’re inquiring about but also my further knowledge of him personally, he has a proclivity for sexual intercourse that is homoerotic,” said Lopez. Although during a recent interview with The Breakfast Club, Yoba says he still considers himself a heterosexual man who is attracted to both cis and trans women.

Another black transgender woman, Ja’nese Bussey later corroborated in a separate phone interview, confirming that Lopez told her she performed sex acts with Yoba for pay soon after the first act took place.

A representative for actor issued in a statement explaining that he, “categorically denies all allegations and will not respond, beyond this comment, to requests for comment.”

#MalikYoba speaks on his experience accepting the LGBTQIA+ community and coming out vs. standing up. pic.twitter.com/HGvvVqlgkc