The legendary comedian is reemerging by telling the story of another comedy icon, but that's just for starters. There's more, much more up Eddie Murphy's sleeve 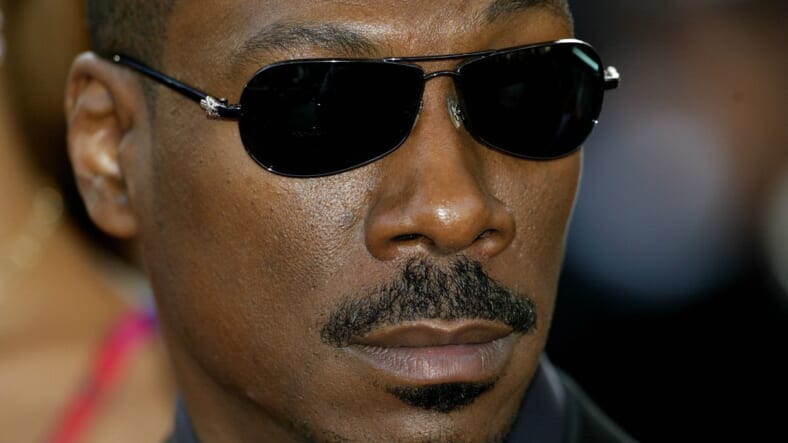 After laying low for years Eddie Murphy says he has found the perfect vehicle for his long-awaited rise back to the top of the world of comedy.

“I didn’t want to just pop back up,” he said. “I wanted a funny movie to remind them that they liked me. This movie turned out so strong that I figured this is a great way to come back.”

He’s talking about playing the titular role in the upcoming Netflix movie Dolemite Is My Name, based on the life of comedy legend Rudy Ray Moore, who he idolized as a teenager. With the release of the film, Murphy, considered an icon himself, said he is ready to make his return, according to The New York Times.

During an interview, Murphy, 58, said that he has already signed a deal with Netflix and has a project set to come out next year. He also has a theater tour in the works as well.

To top it all off, Murphy said he will be making his return to Saturday Night Live. He was a cast member for the show for four years, with many arguing that he saved the show from being cancelled. It will be his first time hosting since 1984.

Murphy seems like he’s down for a lot of revivals.  Fans are already excited about him starring in the anticipated sequel Coming 2 America sequel along with much of the original cast of the 1988 blockbuster.

But at the same time, he says doing a standup act like his classic live performance “Raw,” released the year before, whose funniest lines were about women and relationships, but which he now says make him cringe to watch.

“I was a young guy processing a broken heart, you know, kind of an a**hole,” he said.

But Murphy reaffirms that he has a lot more in store for his fans. He does admit though, that in terms of humor, he is more “mushier” than before. He also says he already been developing material, which is influenced by his personal experiences being a father and his relationship with his eight children.

Although he’s been off stage, he has continued to feed jokes into a tape recorder, and has enough material for a short show but says he’ll need several more months to have enough for a full performance. Audiences can expect to hear about his journey as the parent of eight children.

“I now have a whole lifetime of experiences to draw upon. There was a time when I was at the center of everything, what I was doing, and how funny I was and how popular,” he said. “I’m not at the center. Now my kids are and everything revolves around them.”