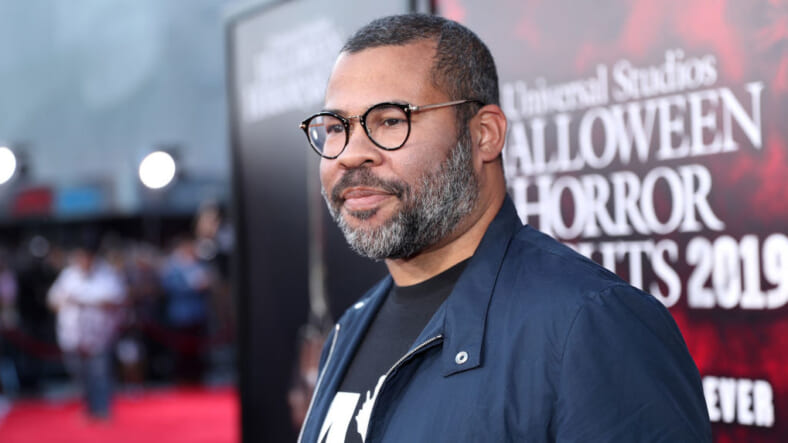 “It would not have been possible to make Get Out and Us without the endless trust and support we received from Donna Langley and the team at Universal.  Their willingness to take risks and their commitment to original content makes them the perfect collaborative partner for Monkeypaw.  I couldn’t be more excited for what lies ahead,” Jordan Peele said in a statement on Tuesday.

Peele’s first two films from Monkeypaw and Universal, which he produced, directed and wrote, 2017’s Get Out and 2019’s Us, became commercial and critical smash hits, with Get Out still holding the record as the highest-grossing movie ever for a feature debut from a writer/director with an original screenplay.

Power to the People: Jordan Peele says he won’t be casting white dudes as a lead in future movies

“Jordan has established himself as a premier voice and original storyteller with global appeal.  He is leading a new generation of filmmakers that have found a way to tap into the cultural zeitgeist with groundbreaking content that resonates with audiences of all backgrounds,” said Donna Langley, Chairman, Universal Filmed Entertainment Group. “We also share an important goal with Monkeypaw when it comes to increasing representation on-screen in the characters that are portrayed, the stories that are told, and the people who tell them.”

Under the new exclusive deal, Universal is developing Peele’s next two films which he will direct, write, and produce.  Peele and Monkeypaw, headed by President Win Rosenfeld, will also produce original films under their banner, championing filmmakers with a focus on high-level content that transcends genre.  Monkeypaw produced Spike Lee’s feature BlacKkKlansman in 2018,  The film received six Oscar nods, winning Lee his first-ever Academy Award.

Monkeypaw is currently in production on Candyman, written by Peele and Rosenfeld, and directed by rising filmmaker Nia DaCosta (Little Woods).  Universal Pictures will distribute Candyman globally with the North American release date slated for June 12, 2020.