Power to the People: Jordan Peele says he won’t be casting white dudes as a lead in future movies 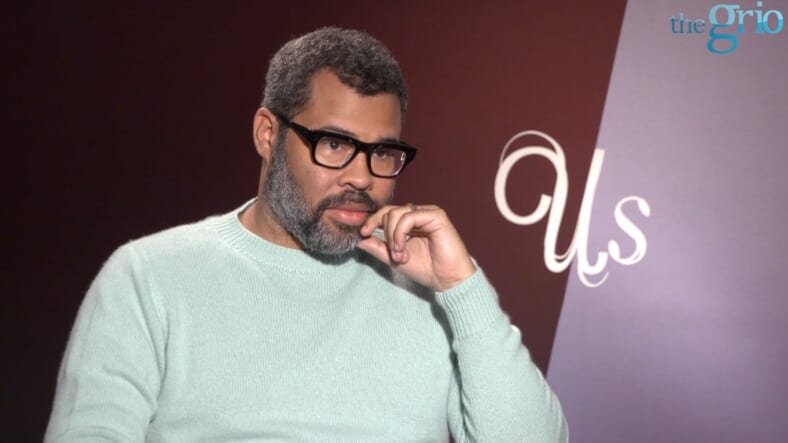 Hollywood and the Oscars may be “so white,” but one thing is certain, Jordan Peele’s movies will continue to be unapologetically Black.

—WATCH: Jordan Peele reveals his reasons for the rabbits in ‘Us’: “They’re very scary to me”—

The Oscar winner is riding high after the massive success of his latest creepy hit movie Us, starring a Black family, which shattered previous horror movie records with an $88 million opening weekend.

And the breakout director kept it real while speaking to aspiring film students and admitted that he doesn’t intend to cast white dudes at the helm of any future flicks.

“I don’t see myself casting a white dude as the lead in my movie. Not that I don’t like white dudes, but I’ve seen that movie,” Peele told a group of students at the Upright Citizen’s Brigade, according to the Hollywood Reporter.

“The way I look at it, I get to cast Black people in my movies,” Peele said. “I feel fortunate to be in this position where I can say to Universal, ‘I want to make a $20 million horror movie with a Black family.’ And they say yes.”

Peele believes the time is now to change the narrative about what movie-goers want to see on-screen.

“It really is one of the best greatest pieces of this story is feeling like we are in this time— a renaissance has happened and proven the myths about representation in the industry are false,” he said.

Us was written and directed by Peele and marks the first solo offering for Peele’s Monkeypaw Productions company. Peele’s first movie, Get Out, was also a huge success, earning $33 million in its debut and taking in more than $167 million domestically. Get Out also scored Peele a best original screenplay Oscar nod.