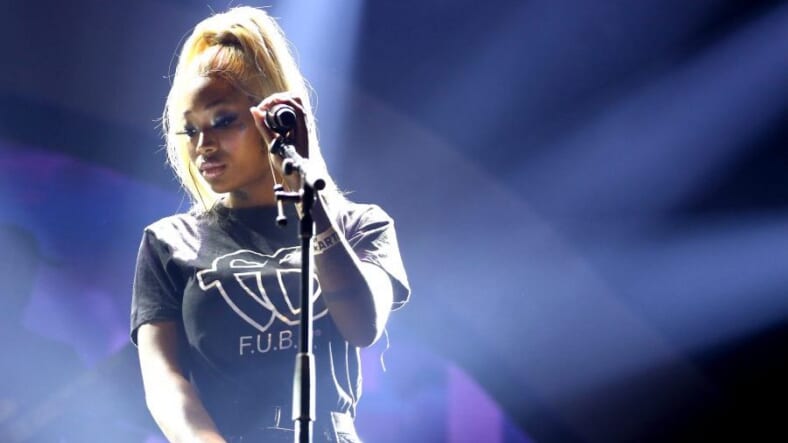 Summer Walker's debut album, 'Over It,' (Photo by Ser Baffo/Getty Images for BET)

Summer Walker dropped her debut album, Over It, on Friday, and her fans were here for it.

Almost instantly after the album dropped, Walker started trending on Twitter, according to Newsweek. The Atlanta R&B singer’s album covers 18 tracks, including songs about secret love affairs, losing feelings for a love interest and the challenge of avoiding temptation.

Fans want Walker to know her music is already sending them on an emotional ride.

“Summer Walker about to leave us in our feelings for the rest of the year,” wrote Twitter user @Miss_Woods on Friday.

“This new Summer Walker is really nice,” added @joekay, who hosts and created Soulection Radio, a Beats 1 radio show. “So ill to hear her on tracks with Bryson, party and Usher especially.”

so ill to hear her on tracks with bryson, party, & usher especially.

Others agree that the collaborations featured on the album are so dope. Walker features A Boogie wit da Hoodie, PARTYNEXTDOOR, 6lack, Bryson Tiller, Usher and Jhené Aiko, whom Walker had accompanied on the “Triggered (Freestyle)” remix that was released on Wednesday, according to Newsweek.

Over It also includes some lines from Drake on the “Girls Need Love Too” remix. Walker included the original version of the song on her 2018 EP, Last Day of Summer. Drake, who loved the track, reached out to her on Instagram to tell her as much, according to Walker in an interview with Billboard.

“I think [Drake] slid into the DMs and was like, ‘I saw your video on a bowling alley monitor—thought it was cool,” Walker told Billboard. “And then Justice [Daiden, co-founder of the LVRN record label to which Walker is signed] made me ask him to [jump on the song] and he said yes.”

Walker is now tour-ready. She is teaming up with New York rapper Melii on The First & Last Tour, which is expected to hit North American cities including Los Angeles, Vancouver, New York City, Dallas, Memphis and many more.

Over It is now available on all streaming platforms including iTunes.

LISTEN TO THE ALBUM HERE: