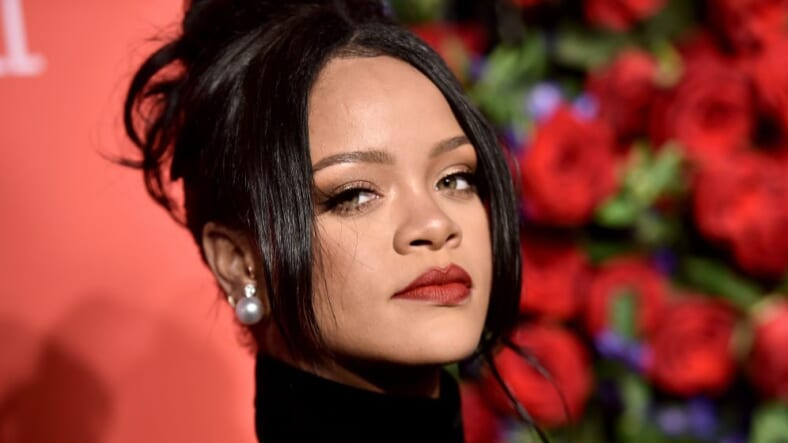 There has long been speculation that Rihanna declined an invitation to perform at last year’s Super Bowl halftime as a show of solidarity against the NFL, and now the pop star is speaking up to confirm: it’s all true!

In a new interview for Vogue‘s November cover story, Riri, who has been a vocal supporter of former San Francisco 49ers quarterback Colin Kaepernick in the past, says she just couldn’t see herself doing the halftime show given all the problematic things the league has done in the recent past.

When directly asked if Kaepernick was her reason for not working with the NFL she responded, “Absolutely.”

“I couldn’t dare do that,” she continued. “For what? Who gains from that? Not my people. I just couldn’t be a sellout. I couldn’t be an enabler. There’s things within that organization that I do not agree with at all, and I was not about to go and be of service to them in any way.”

The clarity of her stance is particularly stunning given that Jay Z‘s entertainment and sports company Roc Nation — which also happens to be Rihanna’s record label — has teamed up with the NFL to consult on live events, including the Super Bowl halftime show.

Back in October 2018, it was first reported that Rihanna had “declined” an invitation to headline Super Bowl LIII scheduled for February 2019.

“Yes they asked her and yes, she declined,” a source with knowledge of the situation told PEOPLE at the time, adding that “everyone at the NFL believes,” she did so due to Kaepernick and the #TakeAKnee movement he started in 2016.

Although Rihanna may be taking a political stand against the once sought after gig, last month, the NFL announced that Jennifer Lopez and Shakira had no qualms seizing the opportunity and would be the headlining acts for the halftime show on Feb. 2, 2020 in Miami, Florida.