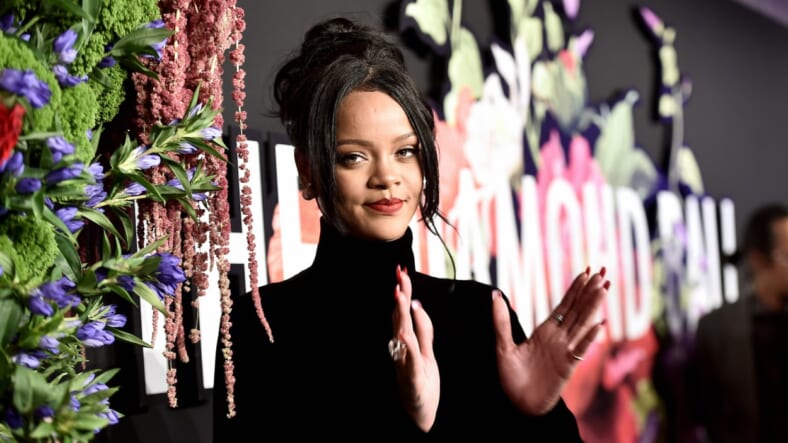 Even Rihanna has issues with President Trump, going so far in an interview as to call him “mentally ill.”

In the latest issue of Vogue the superstar singer opened up about her plans for a ninth album and explains her political opinions as well in the magazine’s cover story.

She described what it’s been like building her empire from scratch and what’s next now that she’s become a powerhouse in both the fashion and beauty industries. But when it comes to Trump, Rihanna, 31, can’t help but get passionate while explaining her disdain for him.

“It is devastating,” she said, when talking about how POTUS blamed mass shootings in El Paso and Dayton on mental illness while ignoring the topic of gun control.  “People are being murdered by war weapons that they legally purchase. This is just not normal. That should never, ever be normal. And the fact that it’s classified as something different because of the color of their skin? It’s a slap in the face. It’s completely racist.

“Put an Arab man with that same weapon in that same Walmart and there is no way that Trump would sit there and address it publicly as a mental health problem,” she points out. “The most mentally ill human being in America right now seems to be the president.”

She added that just because she now lives in London and Paris (in addition to having a home in Los Angeles) that doesn’t make her any less passionate about what’s happening in this country, explaining, “I don’t feel outside the fray. When I see something happen to any woman, a woman of any minority, kids, Black men being murdered in the streets—I can’t remove myself from that.”

But the conversation veered to her upcoming album, which she says she looks at as a “reggae-inspired or reggae-infused” work. “Reggae always feels right to me. It’s in my blood,” said Rihanna, who was born and raised in Barbados. “It doesn’t matter how far or long removed I am from that culture, or my environment that I grew up in; it never leaves.”

When the conversation pivots to decidedly more pleasant topics like her relationship with Saudi businessman Hassan Jameel she lightens up, admitting, “Yeah, I’m dating. I’m actually in an exclusive relationship for quite some time, and it’s going really well, so I’m happy.”