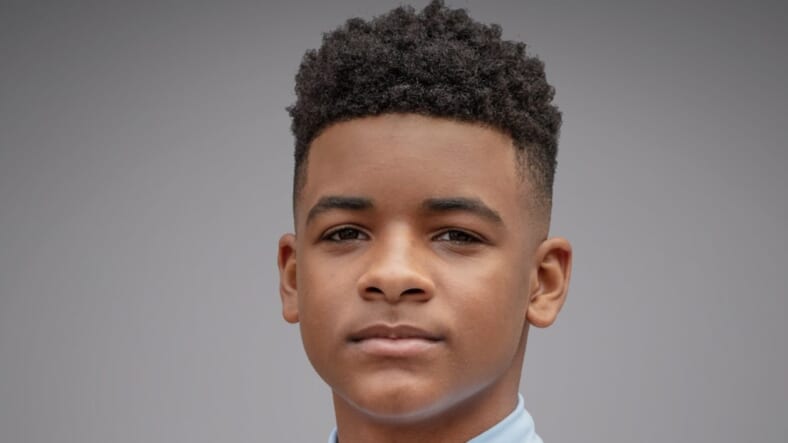 David Makes Man continues to soar just one week ahead of its season finale. The series created by Tarell Alvin McCraney and executive produced by Oprah Winfrey and Michael B. Jordan has taken viewers on an emotional ride through the eyes of a teen caught at all kinds of crossroads and expertly portrayed by Akili McDowell.

Watching David navigate his fancy prep school and his drug-ridden community while doing his best to be there for his mother and younger brother has been an experience for sure. Now that we are almost at the end of season 1, we know that David isn’t the only one who feels like he’s walking a tightrope.

On the surface, Seren Kelly lives a charmed life, David is impressed by his huge house and he seems to have two doting parents. Of course, things are not always what they seem and we learned early on that Seren lives in his own private hell and danger lurks around every corner of the two-story beauty he calls home.

theGrio sat down with Nathaniel Logan McIntyre to find out how he tackled his character’s troubling reality.

Check out the interview, above.

In case you aren’t all caught up, we won’t spoil all of the fun, but it looks like Seren’s luck may be changing thanks to a little help from his friends.

Check out a clip of this week’s episode: