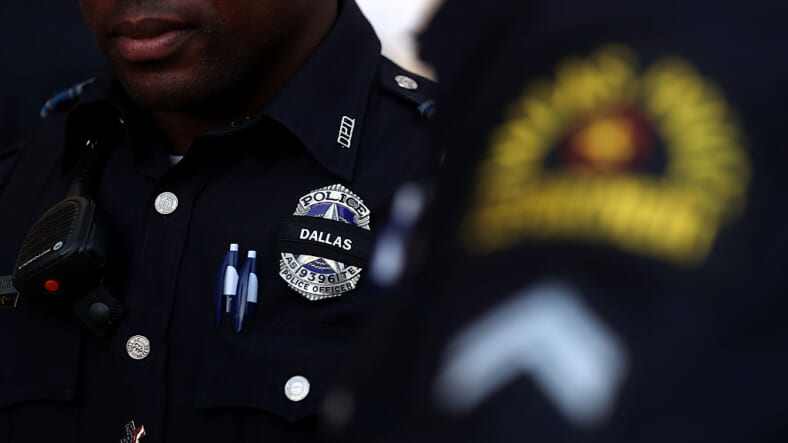 The Fort Worth officer who shot and killed Atatiana Jefferson was dispatched to a call he thought was likely a burglary, and not a welfare check. According to CNN, the neighbor who called 911, was asking for authorities to check and see if she was “ok,” and to perform a welfare check.

Those are the latest details Fort Worth interim Chief Ed Kraus explained to reporters on Tuesday about the troubling case of the officer Aaron Dean’s knee-jerk reaction as he surveyed the outside of Jefferson’s home in anticipation looking for a burglar after he was dispatched to an open structure call, CNN reports.

Those kinds of calls, typically cause the cops to be on-guard, looking for signs of trouble at the home or a potential burglar. Jefferson’s neighbor called 911 asking for a welfare check of the family but instead the call wasn’t properly classified.

“The information came from the neighbor to the call-takers and while it was relayed to the dispatch, it was determined to be an open structure call,” Chief Kraus said.

Kraus explained that a welfare check would have resulted in officers acting differently, and knocking on the door to assess the situation. In contrast, an open structure call would have required any officer to act in a more guarded way, because of the danger he or she might possibly face.

“You are at a higher sensitivity to what is going on with that house,” London said. “You have to be ready for anything. You are taking more of your environment in consideration to be ready for a surprise if there’s one,” said Michael “Britt” London, president of the Phoenix Law Enforcement Association.

During open structure calls, officers look for signs of a burglary or forced entry or some type of damage that would indicate there is some type of trouble.

According to Jefferson’s 8-year-old nephew, she reportedly heard noises in her backyard and grabbed her gun from out of her purse to defend herself, and “pointed it toward a window.”

Dean, 34 and his partner responded to the call and lurks around the home. However, according to reports, Dean shot Jefferson within minutes of shouting, “Put your hands up! Show me your hands!” Jefferson was shot and killed from a single gunshot wound.

Dean has since been charged with murder and a grand jury was been convened. He quit the force on Monday.

“My client is sorry and his family is in shock,” said his attorney Jim Lane said.

The family attorney Lee Merritt blasted the Tarrant County District Attorney (DA) Sharen Wilson and called her “a racist” who he believes can’t effectively handle the investigation involving a white Fort Worth cop who killed a Black woman, Atatiana Jefferson.