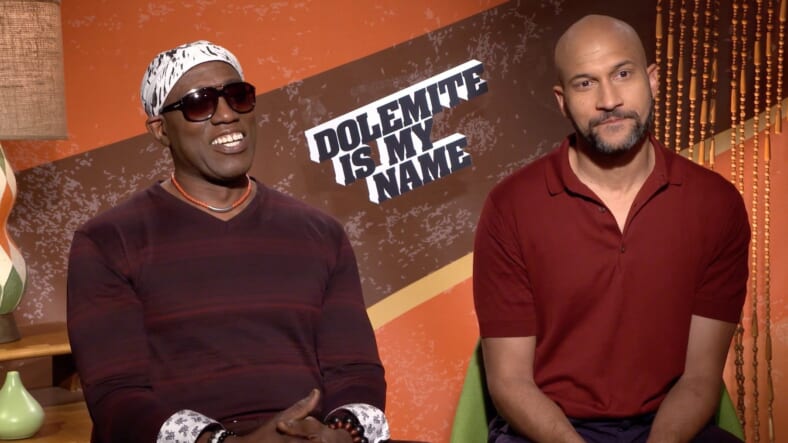 Dolemite Is My Name boasts tons of big names and big laughs and theGrio sat down with Wesley Snipes and Keegan-Michael Key to find out how they handled the press and managed to get any work done with so many crazy characters on the scene.

In the Netflix film that hits the streamer this Friday, Eddie Murphy stars as the crude comedian Rudy Ray Moore, a passionate and perseverant performer who doesn’t take no for an answer. In his attempt to make a movie starring his hilarious persona, Dolemite, he enlists the help of D’Urville Martin (Snipes) to direct the flick and Jerry Jones (Key) to write the script.

The film is full of industry heavyweights and that fact wasn’t lost on Wesley Snipes or Keegan-Michael Key who both agreed they had to block out all of the talent they were surrounded by in order to focus on their respective responsibilities.

PHOTOS: Eddie Murphy, Samuel L. Jackson, Wesley Snipes and more show out at premiere of ‘Dolemite Is My Name’

‘They all respected each other so nobody came on the set with a whole bunch of ego,” added Snipes. “Everybody was like, ‘Let’s try to do our best.’ I have to admit, I was a little nervous because I come from the drama place and now I’m in a film with all of these funny guys and girls.”
Check out the full interview above.
Dolemite Is My Name premieres October 25 on Netflix.