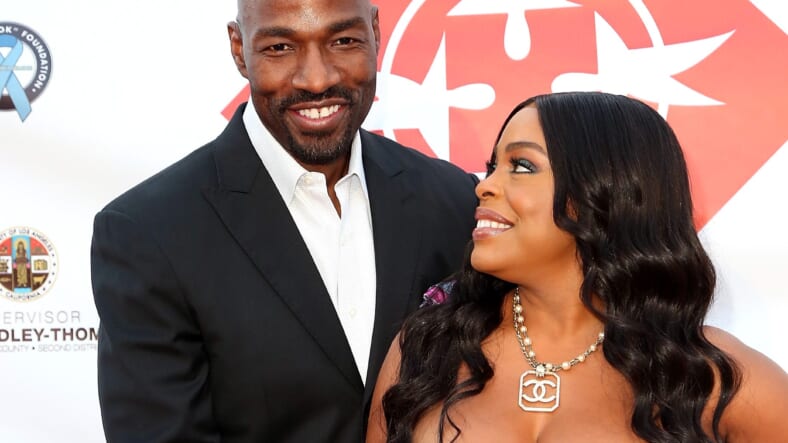 Niecy Nash and husband, Jay Tucker, have split after eight years of marriage.

In a joint Instagram post, Nash and Tucker wrote: “We believe in the beauty of truth. Always have. Our truth is that in this season of our lives, we are better friends than partners in marriage. Our union was such a gorgeous ride. And as we go our separate ways now, we feel fortunate for the love we share – present tense.”

Nash, 49, who stars in TNT’s Claws, and Tucker, an electrical engineer, also thanked their fans for always showing them love during their marriage.

READ MORE: Niecy Nash reveals what makes her and her ‘Claws’ character ‘a boss’

“Thank you all out there for your support of us as a couple over the last eight years. We are grateful,” according to the IG post, which was signed Niecy Nash + Jay Tucker.

This was the second marriage for Nash. She was previously married to Pastor Don Nash, with whom she has three children. They divorced in 2007.

Nash and Tucker got engaged in 2010 and married in 2011 in Malibu’s Church Estate Vineyards. At the time of their engagement, Nash told PEOPLE magazine that their relationship seemed like a custom-made fit.

“I have to say, this second time around, it feels custom,” Nash said at the time to PEOPLE. “Even after I got my divorce, the ink wasn’t even dry on the paper, and I said, ‘Ooh, the next time I become a wife, I got this thing down pat!’ I always believed that there was someone built for me.”

But a source told The Daily Mail that things grew challenging between Nash and Tucker because they lived in different cities while she filmed Claws and because he was not comfortable with her explicit sex scenes.

The Daily Mail said the pair had been separated for months, with Nash putting her Bell Canyon, California estate up for sale for $1.2 million in July.

We wish them all the best.