There is indeed value in learning about the Civil Rights Movement and the men and women who fought for justice, equal opportunity, and an end to the constant discrimination that is littered throughout our country. What we can’t forget is that there are champions within our midst today who are doing just as much today as was done back in the day.

One of those modern-day heroes is attorney Benjamin Crump, who first became a national figure when he represented the families of Trayvon Martin and Michael Brown, two, young, unarmed Black men, shot and killed for no other reason than being Black in America.

Now, in his new book, Open Season: Legalized Genocide of Colored People (Amistad, 2019), Crump examines several ways in which African Americans are being used as “target practice” and offers a systematic plan on how we can begin to change this course of action. He draws on his experiences as the legal listening ear who has been called on to support dozens of Black families in their greatest time of sorrow. In fact, the book was written in response to what many consider the birth of the Black Lives Matter movement.

“One thing that was very vivid in my mind in writing the book was when I was in Ferguson and we were out there with the protestors. This young boy, who had to be in his late teens, went in front of the national guard and he was literally screaming at them with no fear saying, ‘Go ahead and kill me now so the world can see how y’all killing us,” recalls Crump.

“He was right. It’s important that the world see what is happening to us, but not just with bullets but more poignantly how they are killing us every day, in every city, in every state, in every courtroom in America on trumped-up charges. It’s time we hold a mirror to America’s face so they can see it for themselves and admit that we can do better.” 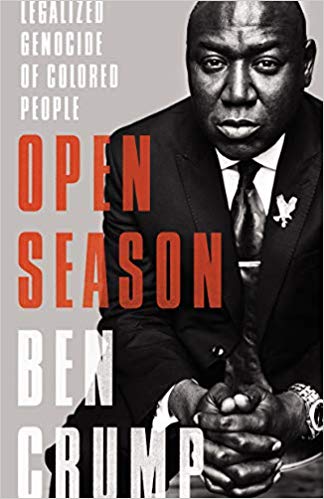 Crump doesn’t just use his own observations to build Open Season: Legalized Genocide of Colored People into what should be a required primer for understanding racism and injustice against marginalized communities in this country. He also pulls from expert analysis that dissects race and class through economics, environmentalism, gender, religion, sexuality, and other prisms. And yet, what makes the book so fascinating are those personal, behind-the-scenes reflections from the most well-known to those that temporarily touched national headlines

Stories like that of 40-year old, Terence Crutcher, a Tulsa, Okla., man who died in 2016 by the hands of then-officer Betty Jo Shelby., and whose family Crump represented.

Along with her partner, Shelby responded to a call about a vehicle blocking traffic on the highway. When the two officers pulled up to Crutcher, who was experiencing car trouble, they contend that he was reaching for a gun in his car, except multiple video angles showed him complying to their demands to put his hands up. Nonetheless, Shelby shot Crutcher because she felt he was a threat to her life. It’s the tale of yet another unarmed Black man, shot by a white police officer where accountability and justice are completely forfeited.

After Shelby was acquitted of first-degree manslaughter charges for Crutcher’s death, a district judge has allowed all documents involving her case to be sealed and eventually destroyed after 10 years. The only way to access the records is by a court order. In a decade, it’s as if Betty Shelby did nothing to him that day while his family continues to mourn. She has since taken a law enforcement job in a nearby county.

These and other stories exemplify Crump’s assertion that genocide, a word typically used to describe the brutally cruel and deliberate extinction of various African nations, is happening right here in the United States today.

“Using the word ‘genocide’ was intentional and I’m unapologetic about it because we have to ring the alarm. We cannot sugar coat this any longer,” says Crump.

“The definition of genocide is an act or acts which are intended to destroy in whole or in part a group based on nationality or racial ethnicity and identity. How does this not apply to us today?”

When it comes to using the antiquated term, “colored people,” Crump says this goes well beyond skin deep. 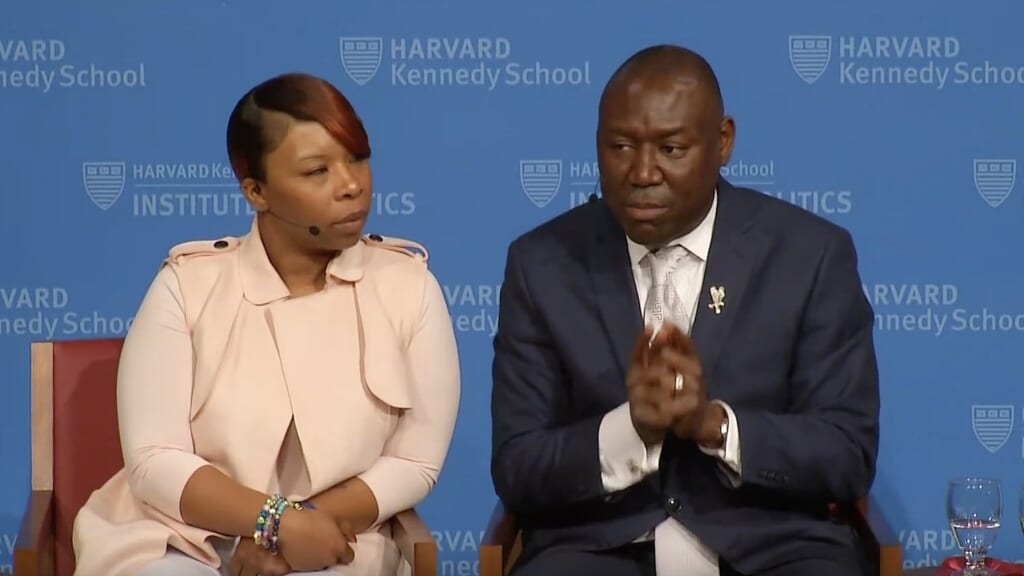 Lezley McSpadden and attorney Benjamin Crump at “The Movement for Black Lives: Justice for Michael Brown 4 Years Later” at the Harvard Kennedy School’s Institute for Politics (Courtesy of YouTube)

“What we are trying to point out is that people can be colored by their life experiences and choices. You can be colored by your social-economic status, sexual preference or who you chose you to love or your religious beliefs and disenfranchised by those ways people have chosen to color you. We try in great detail to show that some of the laws that are supposed to protect us are actually being used to kill us.”

Reports of multiple police shootings that result in death, arrests that leave us unfairly imprisoned, a justice system constructed by laws that were never created to protect poor people and a system set up to keep many “colored” people from truly achieving economic empowerment—this is our reality. It can leave anyone with the audacity to hope for better America buttered into believing that day will never come.

Crump is not one of those people and dedicates an entire section of the book on 12 action steps, that if taken seriously, he believes will actually put an end to racism as we know it.

“Racism exists as a systematic institution that is permeated by society as a whole. Those who deny it will possibly be its greatest supporters,” says Crump. “The first thing we have to do is admit that there is a problem. Until we do that, we cannot get to the point of coming up with solutions.”

Wendy L. Wilson is the managing editor at theGrio. You can follow her rants, raves, and reviews on Twitter @WendyLWilson_