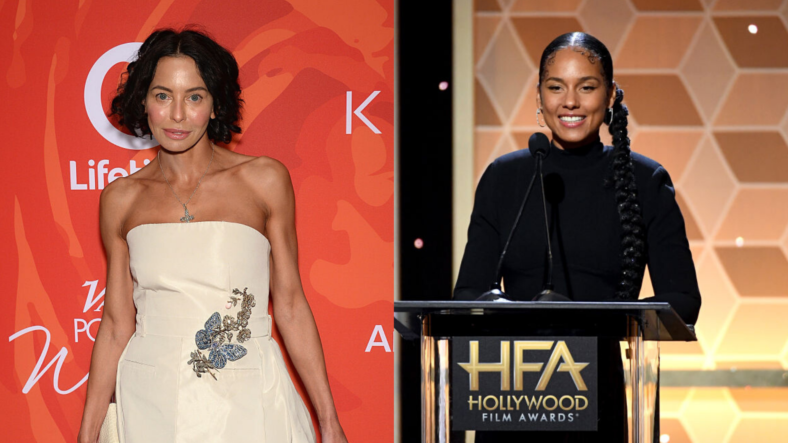 Lisa Marie Falcone, whose husband is a billionaire hedge fund manager, reportedly told her former personal chef that she could use the n-word because her “Black friend” Alicia Keys would be okay with it.

The chef, Brian Villanueva, made the claims in a lawsuit filed in Manhattan federal court on Wednesday against Falcone and her husband, Philip Falcone, according to Page Six.

According to court documents, Falcone grew defensive when a comment she made about Villanueva’s girlfriend, who is Black, wasn’t received well.

Villanueva’s girlfriend was in the Hamptons and helped prepare food for the Falcones’ dinner party, according to the suit. The next morning, Falcone spoke to Villanueva about the way the girlfriend talked.

“Your girlfriend speaks very well. She seems educated,” Falcone reportedly told Villanueva, according to Page Six. “I would describe her as a chocolate-covered marshmallow.”

Falcone then allegedly asked the chef if he uses “the word ‘n—-‘ at home with your girlfriend?”

After the question, Villanueva reportedly grew defensive when she noticed that Villanueva’s expression change. She allegedly said she meant the question as a compliment, and that her friend, Alicia Keys, doesn’t speak “eloquently.” Villanueva also said Falcone told him that it’s okay for her to use the n-word because “I’m Puerto Rican and grew up in Spanish Harlem, so I can speak like that.”

Keys and her husband, Swizz Beats, had attended the Hamptons dinner party the evening prior.

Villanueva decided to quit shortly after the incident. He said he approached the Falcones’ while they were out on the beach and told them as much, but that Lisa Falcone didn’t take it well.

“Rather than accepting Plaintiff’s resignation, Defendant Lisa Falcone asked Plaintiff not to resign and stated ‘talk to my Black friends’ (Keys and Swizz were reportedly on the beach with the Falcones at the time), and stated ‘they will tell you that I am not racist.’”

Villaneuva claims the Falcones’ owe him $4,230.76 in back pay. He is also alleging that the couple said they would only pay him if both he and his girlfriend signed a confidentiality agreement prohibiting them from telling anyone what Falcone had said. Villanueva and his girlfriend refused to sign the agreement.

This isn’t the first time the Falcones have been sued. Their former butler, who is gay, sued them alleging Lisa once grabbed his genitals and told him that a “good f–k to turn him straight” was all he needed.

As of now, Keys has not publicly commented on the allegations.