Singer John Legend attended a special hearing in Miami-Dade county that restored the voting rights for former 18 felons under the state's Amendment 4. 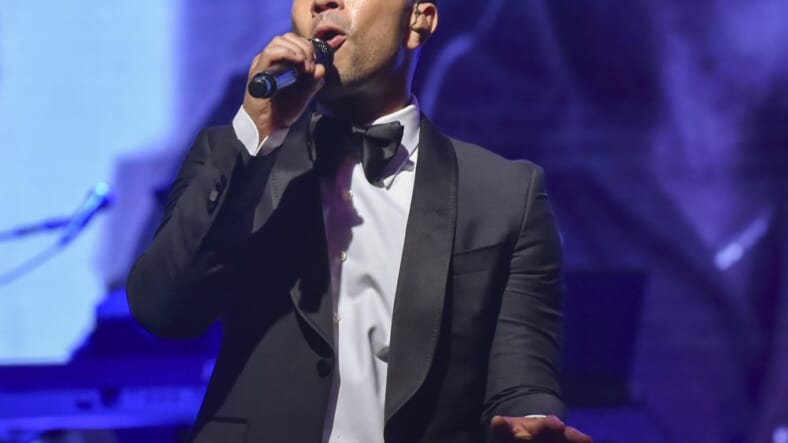 Singer John Legend on Friday attended a special hearing in Miami-Dade county that restored the voting rights for former 18 felons under the state’s Amendment 4.

The amendment, which was approved last November to overturn a 150-year-old law, allows more than 1.2 million Floridians with felony records the right to vote again, according to The Miami Herald.

The famed singer told reporters he attended the special ceremony because it was a “celebration” and he was happy to witness the ex-felons regain their right to vote.

“It’s so beautiful to see,” Legend told reporters, according to WFLA. “So many people take it for granted, this right to vote. When you lose it, it makes you realize how important it is.”

Hundreds of Miami residence were crowded outside of the courthouse to see Legend show his support.

Singer John Legend arrives at Miami-Dade criminal court for special docket to waive court fees, so convicted felons can have their right to vote restored pic.twitter.com/FzkxDUHXWN

Several Miami leaders and residents were in attendance to Friday’s court hearing, including State Attorney Katherine Fernandez Rundle and Public Defender Carlos Martinez who were instrumental in the case. The presiding judge: Circuit Judge Nushin Sayfie, also pushed for the program.

“This is a good day,” Sayfie told the courtroom. “It’s a day we celebrate democracy.”

One by one, the former felons came before Circuit Judge Nushin Sayfie for brief hearings to ensure they are qualified to regain the right to vote. One of them was Andre Williams, 63, who had an aggravated assault conviction on his record.

Carlos Martinez, the Miami-Dade public defender, said people seeking restoration of voting rights can apply through the FRRC website and most would not need to come to court. If they do owe fines or restitution, Martinez said there are ways to settle those debts.

“We are all working with them to see those amounts are paid,” he said.

Desmond Meade, president of FRRC, said the organization is planning a bus tour to raise awareness through all 67 Florida counties.

“We want to encourage everyone to participate in our democracy, because that’s what makes us vibrant,” Meade said. “There is hope. There is a pathway forward. We are hoping to replicate this throughout the state.”

The bright red bus features images of former felons, one carrying a sign that reads, “When a debt is paid, it’s paid.” It also has the slogan, “Our vote, our voice, our time” on the side.

Under the amendment, people who have been convicted of sex crimes or murder can not apply to get their voting rights restored.