After protests, BART officials apologize to man arrested for #EatingWhileBlack 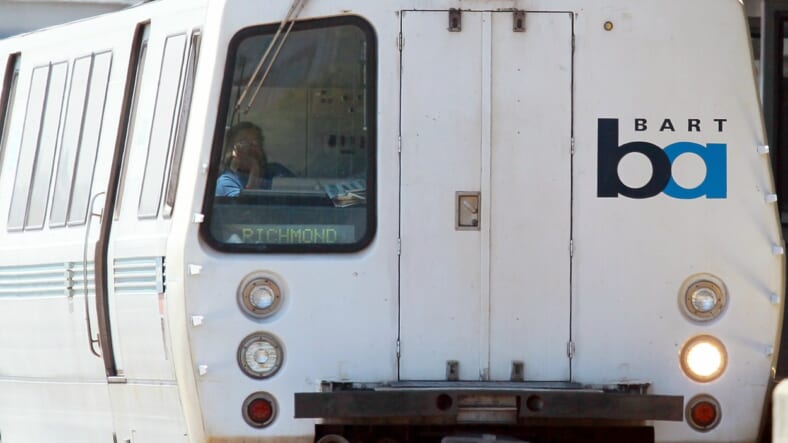 Bay Area Rapid Transit (BART) officials find themselves eating crow in the wake of a disturbing viral video that shows a Black man being handcuffed and cited just for minding his business and eating a breakfast sandwich on a train station platform.

According to Buzzfeed News, on Monday BART general manager Bob Powers issued a formal apology about the incident.

In the statement, Powers says that while the officer who stopped the man was technically doing his job, he was, however, “disappointed [with] how the situation unfolded.”

In the original video posted to Facebook on Friday, BART officers can be seen detaining the man, now identified as Steve Foster, who up until that point was simply eating a sandwich at the system’s Pleasant Hill station in Walnut Creek, Calif.

Just out of curiosity.. has anybody ever got arrested and written a ticket for eating a breakfast sandwich on a Bart…

“You are detained and you’re not free to go,” says the officer who is holding on to the man’s backpack as the two argue.

“You came up here and f***ed with me,” Foster responds. “You singled me out, out of all these people.”

“You’re eating,” the officer pushes back.

“Yeah, so what,” Foster inquires.

“It’s against the law,” the officer says. “I tried to explain that to you … I have the right to detain you.”

READ MORE: Cycling while black — Man dies in custody in Vegas after biking without lights

The verbal disagreement continues while the officer waits for backup. At one point Foster’s friend, who is filming the video, notes that there aren’t any signs that clearly state to passengers that they can’t eat on the platform.

“I do this every morning, bro,” Foster explains.

Almost 10 minutes into the confrontation, three other officers show up to handcuff Foster before walking him through the station.

“I’m definitely upset, mad, a little frustrated, angry about it,” he told San Francisco’s KGO-TV . “I hope they start focusing on stuff that actually matters like people shooting up dope, hopping the BART, people getting stabbed.”

READ MORE: #LivingWhileBlack: Things Black people can’t do without police being called in 2018

Although BART officials apologized, a lunchtime “eat-in” protest took place Tuesday at the Embarcadero and at the Pleasant Hill BART Stations, which saw about 30 people, according to KGO-TV.

“My first political awakening was back at a lunch counter in the ’60s, now we’re back to ‘eat-ins,” John Reimann from Oakland told the station.

Janice Li, who is on BART’s Board of Directors, who was eating her own lunch on the train, said there are more important issues to deal with. “I realize some things are illegal with our penal code, but I want to be mindful of how we’re using resources to enforce our system,” she said.