Cycling while black: Man dies in custody in Vegas after biking without lights

In a case that echoes tones of the death of Eric Garner, another black man, Byron Lee Williams, has died in police custody in Las Vegas after repeatedly telling them during his arrest that he could not breathe. 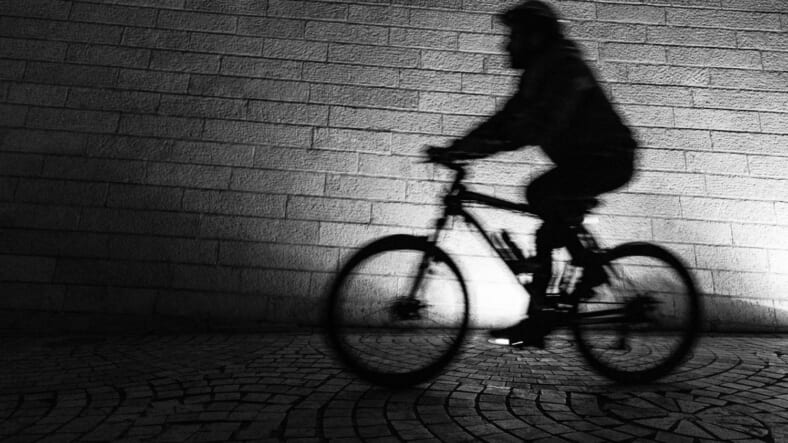 In a case that echoes tones of the death of Eric Garner, another black man, Byron Lee Williams, has died in police custody in Las Vegas after repeatedly telling them during his arrest that he could not breathe.

Police tried to stop Byron Lee Williams, 50, early on the morning of Thursday, Sept. 5, because he was riding a bike without lights or reflectors, the Las Vegas Sun reported. When Police Officers Benjamin Vazquez, 27, and Patrick Campbell, 28, attempted to stop Williams, the cyclist pedaled away.

Later, Williams abandoned the bike and scaled two walls before surrendering to police in the courtyard of an apartment complex, according to the Sun.

According to police body cam video, about 40 minutes elapsed between the time police first tried to stop Williams and the time police had him on the ground in the courtyard. As police tried to handcuff him, Williams would not give up one of his arms, Clark County Assistant Sheriff Charles Hank told the Sun.

As he lay on the ground, Williams repeatedly told the arresting officers that he could not breathe. One officer is heard on the video responding, “Yeah, because you’re tired of (expletive) running.”

One officer, who had his knee pressed against Williams’ rear end, told him, “Pressure on your butt, that’s all.”

— VIDEO: Black man says he thought about Eric Garner while in police chokehold that left him unconscious

As Williams was helped to his feet, drugs fell from his clothes and he tried to hide them with his foot, the Sun reports. Shortly after, Williams went limp and police called for an ambulance, which arrived 14 minutes later. Thirty-six minutes after that, Williams was pronounced dead at Valley Hospital Medical Center.

Williams’ family is contesting the police version of events. Jeffrey Thompkin, Williams’ stepson, says the video that the family saw was “doctored” and that Williams died on the ground, not on the way to the hospital, the Sun reported.

The two officers have been placed on leave while the arrest and Williams’ death are being investigated.

Eric Garner died in Staten Island, N.Y., on July 17, 2014, after police attempted to arrest him on suspicion of selling untaxed cigarettes. As police pushed Garner’s head into the ground, Garner, an asthma sufferer, repeatedly told them, “I can’t breathe.” Garner was pronounced dead an hour later at a local hospital.