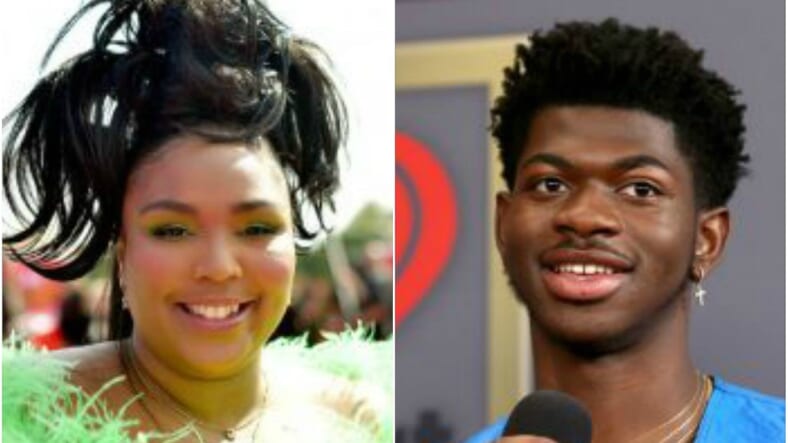 A few years ago Lil Nas X was trying to convince his parents that dropping out of school to pursue music was a good idea and Lizzo had fallen into a depression after her single Truth Hurts didn’t do as well as she’d expected. Now they’re both ending a year steeped in redemption and stardom with several Grammy award nominations.

Lizzo snagged the most nominations out of any artist for the 62nd Annual Grammy Awards, with eight total nominations, and was included four major categories such as: Record and Song of the Year (“Truth Hurts”), Album of the Year (Cuz I Love You [Deluxe]), and Best New Artist.

She also recently won 2 Soul Train awards for “Juice” as Video of the Year and Cuz I Love You as Album of The Year.

Also in the running for Best New Artist is Lil Nas X, who received six total nominations, including two for his viral, chart dominating jam, “Old Town Road” (Record of the Year and Best Pop Duo/Group Performance), and another nod for it’s follow up “Panini” (Best Rap/Sung Performance) from his debut album, 7.

But not to be forgotten, vocalist and guitarist H.E.R. got nominations for Record and Song of the year for her ballad “Hard Place,” and for Album of the Year for “I Used To Know Her.” She totals out at five nominations.