Melania Trump was booed and heckled at youth summit in Baltimore 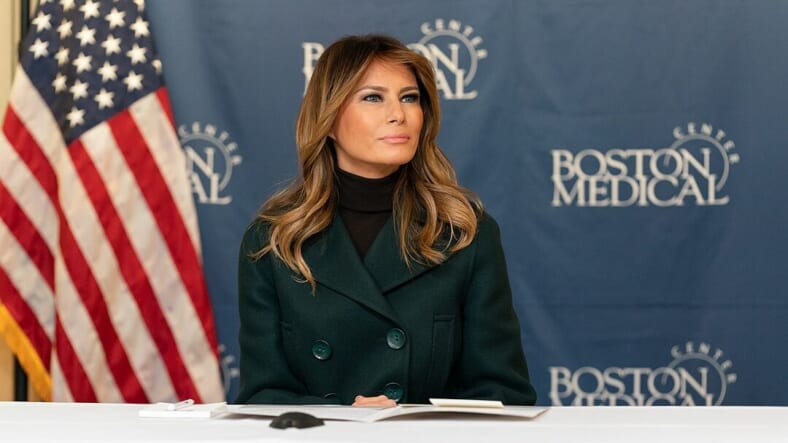 Melania was heckled and booed for about a minute as she brought her “Be Best” public awareness campaign to attendees of a youth summit held Tuesday, according to CNN. The goal of the campaign is to draw attention to the country’s opioid addiction.

Even after the boos subsided, audience members continued talking over Melania during her speech at the B’More Youth Summit held at the University of Maryland, Baltimore County.

“Thank you to all of the students who are here. I am so proud of you for the bravery it takes to share that you have been strongly affected by the opioid epidemic in some way,” Melania commented, according to CNN.

Her “Be Best” initiative promotes children’s well-being and addresses cyberbullying and the perils of drug abuse.

“Promoting education and awareness on these issues will always be one of my top priorities. I am in this fight with you and I am fighting for you. I encourage you, if you are struggling with addiction right now, reach out for support — whether it’s a teacher, parent, friend, grandparent, coach or pastor, talk to an adult in your life that you trust. It is never too late to ask for help,” Melania added.

After her speech, Melania released a statement to CNN addressing the booing: “We live in a democracy and everyone is entitled to their opinion, but the fact is we have a serious crisis in our country and I remain committed to educating children on the dangers and deadly consequences of drug abuse.”

The audience cheered when she exited the stage, CNN reported.

But why would anyone in the Trump administration think Baltimore would receive them well?

This is the same city that the President called “rat and rodent-infested mess” in a tweet last summer aimed at the late Rep. Elijah Cummings’ 7th Congressional district, which includes parts of Baltimore.