Media mogul and Co-Founder of Black Entertainment Television (BET), Robert Johnson gave an exclusive interview to CNBC this week and didn't hold his words in discussing the presidential election and his predictions of the outcome. 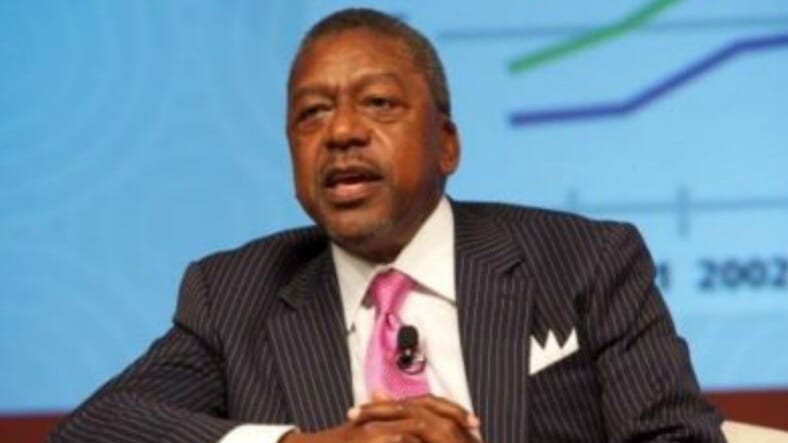 BET Co-Founder Robert Johnson has his own views about Donald Trump.

Media mogul and Co-Founder of Black Entertainment Television (BET), Robert Johnson gave an exclusive interview to CNBC this week and didn’t hold his words in discussing the presidential election and his predictions of the outcome.

“I think the president has always been in a position where it’s his to lose based on his bringing a sort of disruptive force into what would be called political norms,” says Johnson, who founded RLJ Companies business network, told CNBC’s Hadley Gamble.

— BET Founder Bob Johnson wants Black folks to give Trump credit for what he&#8217;s allegedly done for the culture

Johnson further explains in the sit-down interview that Trump “brings his style” to the way he handles governmental issues. “That’s something that the president’s supporters like and the reason why they voted for him and will do so again next year,” added Johnson.

Believing that Trump has the enact ability to “dominate the news cycle” is what allows him to hold an advantage over the Democrats that plan to run against him. Often moving in a reactionary form, Democrats are often agitated over something that the president says or tweets, often taking them off their game. In addition, Johnson believes that “none of the Democratic presidential candidates appear to be “enough in the center” where most voters are, particularly African-American voters.”

You might recall, in September, Johnson went on another CNBC show expressing support for Donald Trump, saying “There used to be an old saying, that ‘When White America catches a cold, African-Americans get pneumonia,’” he explained in the interview. “It’s going the opposite way now. White unemployment is going down, [and] African-American unemployment is going down. That’s a plus-plus that you can’t argue with.”

Even with the recorded previous praise for Donald Trump; Johnson continues to describe himself as a longtime Democrat who has always been a man that speaks his mind no matter the outcome.