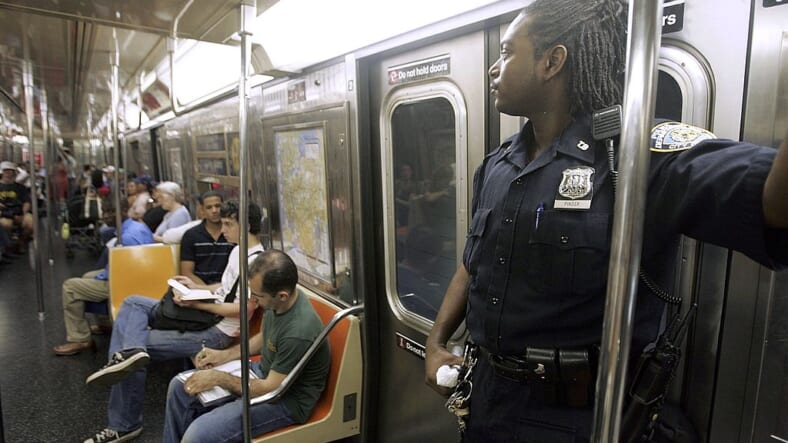 The discrimination lawsuit was filed by Pierre Maximilien, Sgt. Edwin Raymond and three other cops alleging that the NYPD incentivized police to up their arrests of Black and Latino men by giving them more overtime, according to The New York Daily News.

But if they refused to do it, they were not promoted and were treated badly by the former Commanding Officer, Constantin Tsachas, and his lieutenants – especially Black and Latino police, Maximilien wrote in a sworn statement that accompanied the suit, according to The Daily News.

“The supervisors would place the minority officers in punishment posts by ourselves, deny vacation or leave, deny us overtime, change our shifts, give us bogus command disciplines, yell at us in roll call, and give us poor evaluations,” Maximilien, 49, said in the declaration, according to the newspaper.

Maximilien retired from the force in 2015 after becoming fed up and unable to accept what he said was known as the “collars for dollars” program. He said he even went to NYPD brass, the Department of Investigation and police unions, but no one ever did anything.

“The utter disregard for civilians of color and their ability to treat them like animals made me second guess who I was actually serving in the NYPD,” he writes. “Tsachas created this racial divide within the department. He rewarded the white officers and punished the minority officers.”

In the lawsuit, the officers allege that they were told to focus on Black and brown men and to avoid other groups, that include white, Asian and Jewish people.

“We were taught by Tsachas’ closest lieutenants that we could not give summons to what they called as ‘soft targets,’” Maximilien said in the declaration. “The soft targets they were referring to were white, Asian or Jewish people. Instead, it was emphasized that we needed to stop male blacks. Those were the ones Tsachas wanted to go to jail.”

Also, the “soft targets” were not to be handcuffed, Maximilien added.

The discrimination lawsuit is just the latest in an ongoing case against the NYPD brought to the public’s eye by Black and Hispanic cops. However, New York City’s Law Department said the lawsuit was baseless.

“The information presented by plaintiffs changes nothing. The NYPD investigated the allegations in Officer Maximilien’s declaration and found them to be meritless. The judge ruled that the city’s production of email evidence was sufficient, despite what plaintiffs now claim. We’ll continue to defend against these baseless allegations,” law department spokesman Nicholas Paolucci told The Daily News.