Chrystul Kizer said when she was 17, her abuser not only raped her but also pimped her out to other grown men 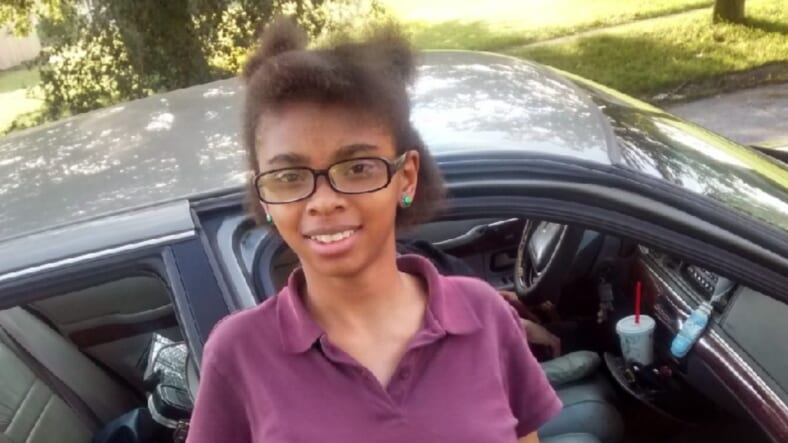 A Wisconsin teen is facing life in prison after admitting to killing an accused child sex trafficker who she charged not only abused her but also sold her out to other men.

Chrystul Kizer, 19, has admitted to killing Randall Volar, 34, at his home in 2018 after he raped her, ABC News reports. Kizer’s lawyers have said. She said she was tired of his assaults on her.

The incident unfolded in June 2018 in Kenosha, Wisc., south of Milwaukee. Volar set out to attack Kizer, then 17, yet again and she shot him twice in the head, according to authorities. She then set his house on fire and made off with his luxury car, authorities said.

When police caught up with the teen, she confessed and also revealed Volar had been selling her to other men so they could have sex with her. This last allegation has prompted her lawyers to say that she should be protected from prosecution because of sex trafficking victim laws, ABC reports.

Kizer’s case shares similarities with that of Cyntoia Brown, who was convicted as a teen in Tennessee for killing a man who solicited her for sex. Brown alleged she’d been forced into prostitution by an abusive boyfriend. Former Gov. Bill Haslam granted her clemency earlier this year. She’d served 15 years of her life sentence by then.

In Kizer’s case, prosecutors have argued that sex trafficking victim laws do not apply to her because she was not engaging in prostitution at the time of the alleged assault and that they do not believe her life was threatened, according to ABC.

Prosecutors have also said they have evidence that Kizer planned out the killing ahead of time.

READ MORE: Indiana teen sentenced to 45-years in prison for fatally stabbing her mother says she misses her

When he died, authorities were investigating Volar for child sex trafficking. He’d been arrested and released four months before his death, ABC reported.

Kizer’s case is scheduled to go to trial in February. She is being held on $1 million bail and faces charges of first-degree intentional homicide, arson, and possession of a firearm.

Change.org has started a petition to ask that her charges be dropped.