Letoya Ramseure, who had been dating her boyfriend since she was 13, presented proof that he not only beat her but threatened her life 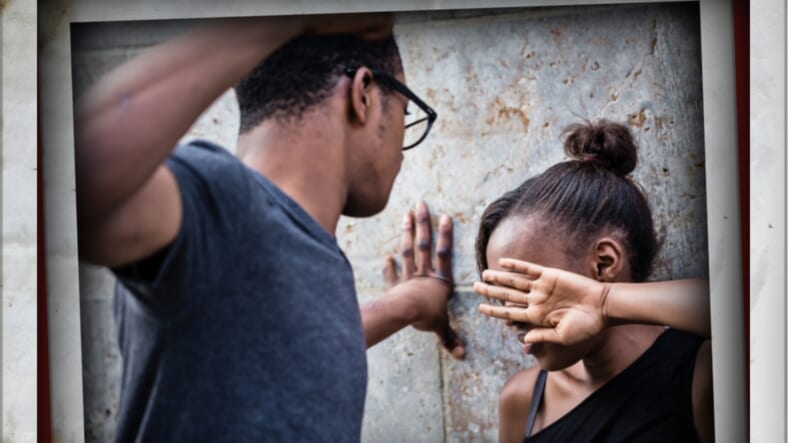 A CDC study confirms that Black women are killed in domestic violence incidents at higher rates than women of any other race or ethnicity, partially because they are afraid to get their Black male partners in trouble with law enforcement. (Adobe Stock)

A Black woman that claimed she was the victim of domestic violence had her name cleared in the murder of her boyfriend who had threatened to kill her.

On Thursday, Letoya Ramseure was found not guilty in the April 2018 killing of her boyfriend Devon Roye. According to the Philadelphia Inquirer, Assistant District Attorney Edgar Jaramillo attempted to paint Ramseure as a jealous girlfriend who was angry that Roye was leaving and would be staying with another woman.

“This case is so difficult for both sides,” he said in his closing arguments. “It’s difficult because there’s a young lady involved, and a man who will never tell his side of the story.”

On the night of the Roye’s death, he sent Ramseure a threatening text message as he was on his way to her house to pick up his things.

“You touch any of my s—,” he wrote in text messages read in court, “I guarantee your daughter will be missing two parents, because I’m going to jail and I’m going to put you in the grave.”

According to the Philadelphia Inquirer, Ramseure had an active protection-from-abuse (PFA) order against him at the time and when he arrived, he bum-rushed his way into the house where he assaulted her and her mother, Rasheena Carter. Roye testified that she reached into the bag of things he brought and grabbed his gun, which she used to shoot him five times.

She called 911 shortly after.

“She’s never been in trouble before,” Carter said in court. “She was working as a medical assistant. If she took that, she’d be done for the rest of her life. As it is, she hasn’t been able to get a job.”

Ramseure, who is six years younger than Roye, had been dating him since she was 13 and said she had been assaulted by him about 30 times; some of her previous injuries had been documented in graphic pictures that showed her with one bloodied eye and other one was swollen shut. And despite having a PFA, she did admit she continued to see him, which is not uncommon among domestic violence victims.

Ramseure’s attorney Michael Coard closed his case by refusing to identify Roye as the victim in this situation.

“Here’s a woman who had the [expletive] beaten out of her,” Coard said, “she had a PFA, the guy comes into her house and she shoots him with his own gun. Why are we here? If that’s not the Castle Doctrine, what is?”

It would appear that the jury agreed.