Philadelphia police, roiled by harassment scandal, brings in Black woman to turn it around 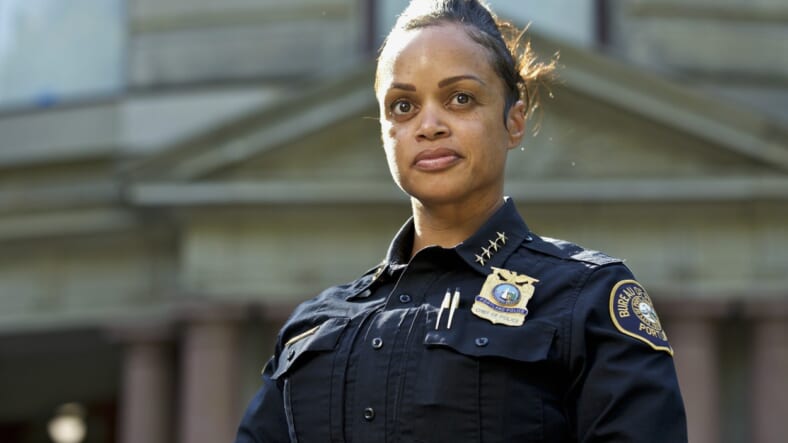 Philadelphia, in a response to a dilemma in which the city was facing turmoil and scandal in law enforcement has hired an African American woman — the first ever — to lead its police department in hopes she will help the city turn a corner.

Danielle Outlaw, 43, who has served chief of police in Portland, Ore., since 2017, was announced as Philadelphia’s new police commissioner on Monday by Mayor Jim Kenney, four months after her full-time predecessor was forced to resign amidst a sexual harassment scandal, the Philadelphia Inquirer reported.

Outlaw, a native of Oakland, is the first Black woman ever to run the Philadelphia police, and the second woman overall, following the acting commissioner brought on in August, Christine Coulter. Outlaw is also the youngest commissioner in at least two decades, according to the Inquirer.

But the new top cop is walking into a minefield, starting with but not limited to the way the job opened. Former commissioner Richard Ross resigned in August when a lawsuit surfaced accusing him of ignoring sexual harassment claims of an officer against a fellow officer. Ross, also an African-American, had been with the department for 30 years and had held the position since January 2016.

Multiple cases of harassment, and of gender and racial discrimination in the department, surfaced after that. In addition, the crime rate in the city has continued to soar, as has the poverty level.

“I am very qualified to make the jump,” Outlaw said in her introductory press conference. “The issues remain the same. I am very experienced in each of them.”

Outlaw came out on top of a search of 31 candidates, 18 of which were from the Philadelphia force, the Inquirer said. Several factions pushed for a woman of color to get the job, and although many had favored one already in the force, they are glad the city was willing to take the leap to reward a previously-under-represented group.

Outlaw also came with the endorsement of the head of the police union in her former home of Portland, Daryl Turner: “You’re getting a damn good chief. We hate to lose her.”