‘Surviving R. Kelly’ sequel to feature ex-girlfriend who says she escaped from the singer 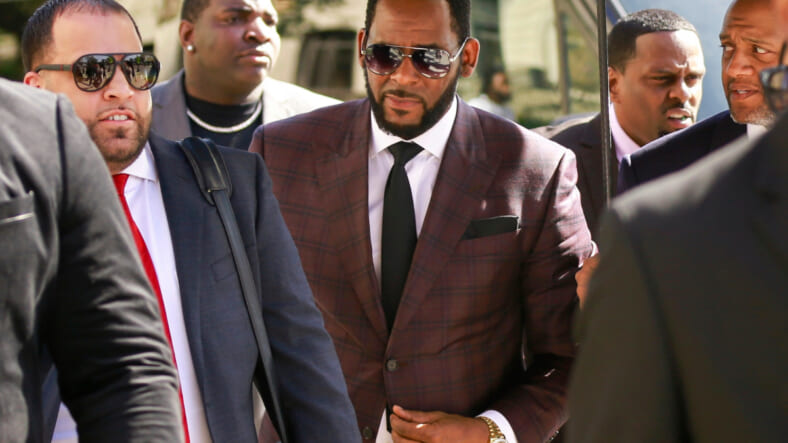 FILE - In this June 26, 2019, file photo, R&B singer R. Kelly, center, arrives at the Leighton Criminal Court building for an arraignment on sex-related felonies in Chicago. R. Kelly pleaded not guilty Friday in New York to federal charges he sexually abused women and girls. The 52-year-old Kelly was denied bail in a Brooklyn courtroom packed with his supporters. (AP Photo/Amr Alfiky, File)

On the Lifetime documentary series Surviving R. Kelly earlier this year, one of the embattled singer’s former girlfriends was reported to have escaped being forced to live with the through extraordinary efforts of her mother. The sequel, airing Thursday, will include that ex-girlfriend’s own words as she appears on camera to tell her story.

The network released a clip this week from Surviving R. Kelly: The Reckoning which showed the woman, Dominique Gardner, sitting down for her interview, but nothing of her speaking. Her mother did talk in the clip, and spared no words or emotions in describing his alleged damage.

“He (expletive) my daughter up, emotionally, Michelle Kramer, Gardner’s mother, said in the clip posted on Billboard.com, choking up as she spoke.

Kramer also speaks of how her daughter became “dark” and “like a loner” after getting away from R. Kelly for good, and how she is not “this bubbly teenager” as she had been before.

Since the original series aired in January 2019, Kelly has been arrested, charged and jailed on federal and state charges connected to his preying on girls and young women. The clip Lifetime released included disclaimers from Kelly’s lawyers, declining to answer certain questions while charges are pending…but also accusing those who spoke out against him of conducting “a smear campaign” and have “used their accusations to promote contemporaneous books, albums and speaking tours.”

“The Reckoning” airs two-hour episodes on three consecutive nights, Jan. 2-4, preceded by the original series. This series reportedly will include commentary from others including Damon Dash, Matthew Knowles and Tarana Burke.

Kelly, 52, has remained in federal custody in Chicago since July on several charges of child pornography and obstruction of justice. In addition he faces Illinois state charges of multiple counts of criminal sexual assault.