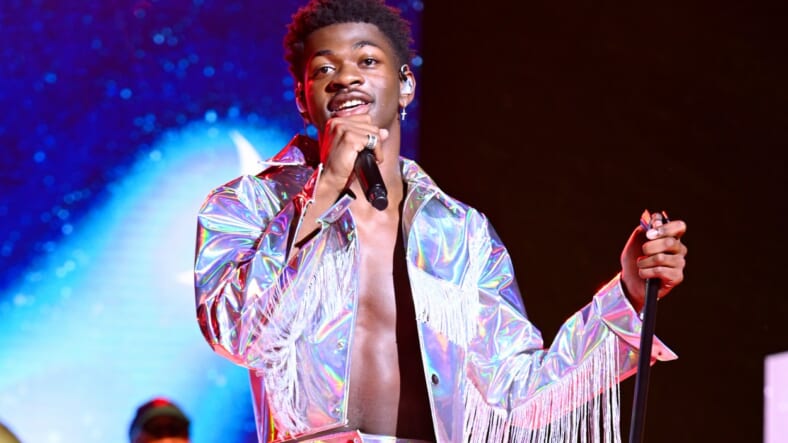 What a difference a year makes!

“Old Town Road” rapper Lil Nas X undeniably had a record-breaking 2019 but a video he recently posted on his social media served as a reminder to all of us that he was a relatively unknown artist just twelve months ago.

“These 2 videos are exactly 365 days apart, watch til the end,” he captioned the Instagram post to his followers Wednesday morning.

“Alright, um, what day is it? January the eighth, 2019,” the fresh-faced rapper says into the camera during the first video. “Gonna eat some f**king pizza. Just put out “Old Town Road” and…it’s doing pretty fucking good. You know, right now? No matter what, [three thousand] on Instagram, [two thousand] on YouTube, not even [one thousand] followers on Spotify yet.”

As he chews the aforementioned pizza he signs off, “But…I’ma hit y’all back a year from now and we’ll see where I’m at. Alright.”

True to his word, one year, tens of millions of followers and a historic stint on the charts later, the now household name, made another video checking in, complete now with even more boxes of pizza.

READ MORE: Lil Nas X, the pride of rap, reflects on the culture’s response to his coming out

“Alright, um, what day is it? January eighth, 2020. I’m about to eat some f**king pizza,” a visibly rich Lil Nas says smiling at the camera with his gleaming new grill.

“A year ago, I put out “Old Town Road.” It did pretty f**king good. I’m at five million on Instagram, eight million on YouTube, around 30 million Spotify listeners. It’s been a year, and I just want to give a big thank you to everybody who’s helped me get to where I am. And I’ll be back with you guys…10 years from now! We’ll see where I’m at.”

How’s that for some beginning of the year inspiration?! Lets see if he keeps his word yet again and does a third video at the end of the decade.

these 2 videos are exactly 365 days apart. (watch till the end)