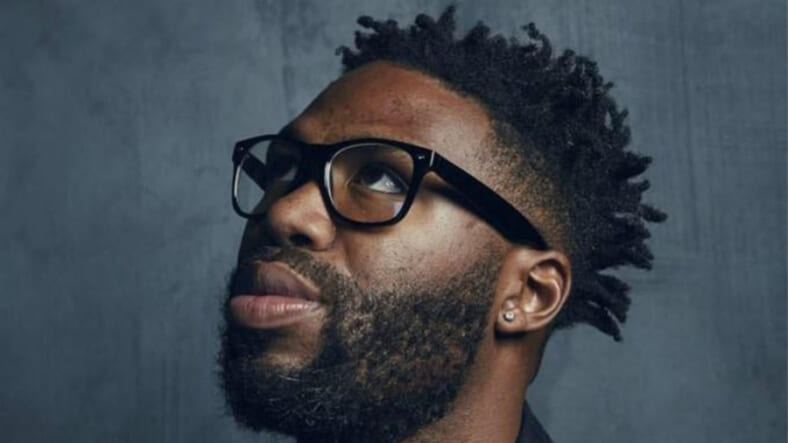 This week Black Twitter found itself giving the Academy the side-eye as the nominations for the 92nd annual Academy Awards were announced and it quickly became clear that barely anybody Black had made the cut. But in that sea of alabaster there appeared one beautifully melanated spark of hope thanks to Matthew A. Cherry.

We all collectively rejoiced when Hair Love, the popular – and incredibly touching – children’s book turned animated short by the former NFL player, was nominated for a well deserved Oscar.

But what many may not know is that the former wide receiver turned filmmaker took the scenic route to this monumental achievement, opting to to launch a Kickstarter campaign that raised nearly $300,000, which was a whopping four times his original goal of $75,000. The outpouring of love his idea received was just further proof that there was a market hungry for his content.

“Media is impressionable and when little kids see shows, movies and magazines and don’t see people who look like them in a heroic place or complex place or don’t see themselves at all it makes them seem abnormal or an exception to the rule,” he told Because Of Them We Can back in 2017. “And we’re trying to make them feel normal and have a little Black girl with maybe kinky hair feel like she’s represented.”

Making the moment feel even more serendipitous is the fact that Issa Rae, who lent her voice to the project, ended up being a host during Monday’s broadcast, and got to announce the nomination to the world.

“WOW! And to have @IssaRae announce it! It feels like a dream,” Cherry tweeted. “Huge thanks to our great team … our kickstarter backers & @SonyAnimation for believing in us.”

The 92nd Annual Academy Awards will air February 9th on ABC. And if you haven’t already, please do yourself a favor and check out the short below.

#HairLove is live! It’s an animated short film about an African American father learning how to do his daughters hair for the first time. Written & Directed by me, co-directed by @BruceAlmighteee @Mr_Scribbles & stars @IssaRae. @SonyAnimation #HairLove pic.twitter.com/RRlh2Ncol1