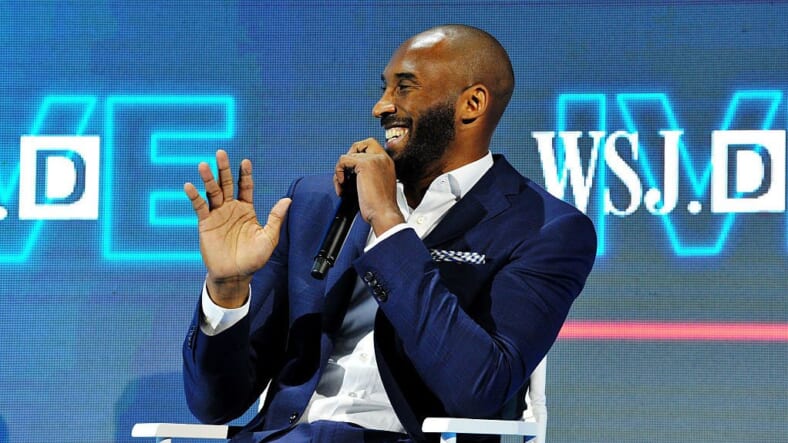 Famous names from every segment of society that Kobe Bryant touched reacted with shock and grief at the news of his death Sunday in a helicopter crash — in sports, where he was a sure-fire future basketball Hall of Famer and a five-time NBA champion, and in entertainment, where he won an Oscar and an Emmy award for his late-career and post-career endeavors.

Bryant’s NBA colleagues were among the first to express themselves in short bursts of utter disbelief. Fellow retiree and former champion Dwyane Wade tweeted: “Nooooooooooo God please No!” soon after the first report surfaced, echoing a phrase that quickly began trending: “Please God”.

Please no. Please god no. It can’t be true.

Man I don’t even know where to start?? I started playing ball because of KOBE after watching the 2010 finals. I had never watched ball before that and that finals was the turning point of my life. I WANTED TO BE LIKE KOBE. I’m so FREAKING SAD right now!!!!

Former NBA star Amare Stoudamire found out while playing professionally in Israel and was overcome with emotion, stopping to wipe away tears often as he spoke in an on-court interview posted on YouTube. “It’s like a dagger to my heart right now, he said. “I don’t even know who I am, it seems like.”

Legends from other sports made their feelings known as well. Chiefs quarterback Patrick Mahomes, who was to arrive in Miami Sunday for next week’s Super Bowl, tweeted: “Man not Kobe… Prayers to his family and friends! #RIPMamba”

Kobe was a real life super hero on that court & I’m sure he was one to his family. Sending love and prayers to them. This is heartbreaking.

Kobe was a real life super hero on that court & I’m sure he was one to his family. Sending love and prayers to them. This is heartbreaking.

Today we @WaltDisneyCo mourn the tragic loss of @kobebryant…a giant in sports and a person so full of life. Terrible news and so hard to process….

Besides Bryant’s role as a player in bringing great riches to the company through ESPN’s NBA contract, the 2017 short film “Dear Basketball” — based on Bryant’s letter explaining his decision to retire from the NBA, won an Oscar and an Emmy award, the Emmy coming after it aired on ESPN. Bryant and Disney had worked together often on other projects for the company.

Drake, meanwhile, took to Instagram to express his sorrow, adding, “this can’t be” to an illustration of the jacket he wore to the 2016 NBA All-Star Weekend in Toronto, honoring Bryant, who retired at the end of that season.

I can’t even believe this is real… right now outside Staples. ? pic.twitter.com/yuunIbG2Ms

There’s no words to express the pain Im going through with this tragedy of loosing my neice Gigi & my brother @kobebryant I love u and u will be missed. My condolences goes out to the Bryant family and the families of the other passengers on board. IM SICK RIGHT NOW pic.twitter.com/pigHywq3c1

Kobe was a legend on the court and just getting started in what would have been just as meaningful a second act. To lose Gianna is even more heartbreaking to us as parents. Michelle and I send love and prayers to Vanessa and the entire Bryant family on an unthinkable day.