Instead of a bunch of toys, Reco Oxendine gave his daughter a business to play with; Says “I want her to be a boss” 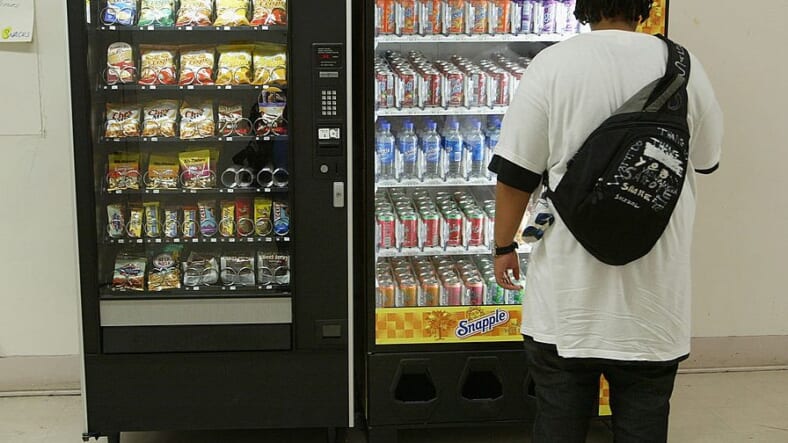 A Pennsylvania dad’s Christmas gift to his 10-year-old daughter went viral for helping her develop an entrepreneurial mindset and setting her up for financial success.

Instead of the typical toys, electronics and clothes, Reco Oxendine, 28, bought his daughter her very own vending machine and now she’s learning the fundamentals of wealth building, reported Atlanta Black Star. Oxendine announced the unique gift on Facebook and the post has since been shared more than 18,000 times with roughly 2,000 comments from people who were eager to learn how they too could start their own vending business.

“I want her to be a boss,” Oxendine told Atlanta Black Star. “I want her to understand (the) value of being a business owner at a young age. So, when it comes to her growing up … and she has to make decisions about how she can earn money, she knows that a job isn’t the only way.”

Oxendine said he started his daughter down this path in 2016 when they began selling candy in their local community. Their business, “Candy Lovers,” would drop by barbershops, salons and community sporting events, where they would sell their concessions.

“I grabbed a cart from Walmart and some candy, and we just started selling (candy),” Oxendine told Atlanta Black Star. “The community fully embraced it, like they loved what we were doing.”

According to DiscountVending.com, the cost of vending machines range from $1,500 to $3,000, depending on how many features it has and whether it also sells refrigerated treats.

Oxendine is using this moment to not only pass on his knowledge, lessons learned and entrepreneurial mindset to his daughter, but he is also now educating other children on the importance of building generational wealth through a new video series called Next Uplifted.