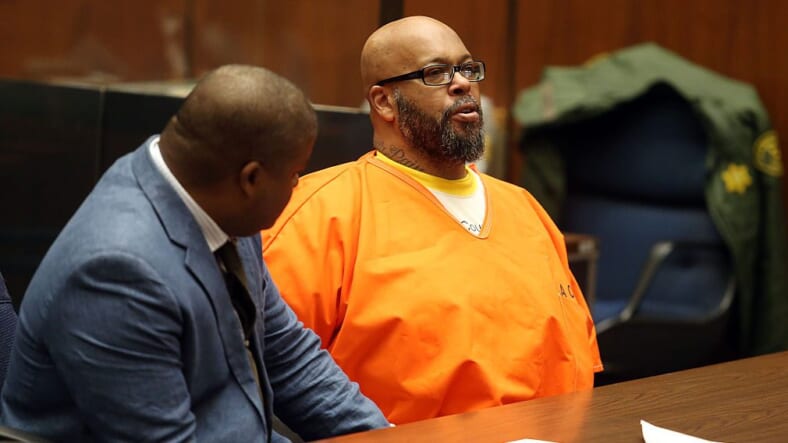 Just a couple of days before the New Year, on Dec. 30, Hasbro finalized a $3.8 billion merger that placed Canadian studio Entertainment One (eOne) under its ownership. The acquisition places Death Row under Hasbro, after eOne purchased the music label back in 2013.

Entertainment One scooped up Death Row Records’ extensive music catalog after the company declared bankruptcy back in 2006. Death Row Records was originally founded by Dre and Suge Knight back in 1991. While the famed producer has gone on to flourish in other successful business ventures, namely his “Beats By Dre,” product line, Knight, now 54, is currently serving a 28-year sentence for voluntary manslaughter.

Back in October, it was announced that singer Ray J would oversee Death Row in the future. In a statement to The Blast, Knight stated, “I respect Ray J and his business dealings, that’s why I choose him as one of the guys to deal with the music side of the future for as Death Row Records, anything to do Death Row.”

He continued, “It’s great to have him ‘cause he will be putting out this incredible album and I heard it before.”

Fast forward a few months later, and in an official statement of their own, Hasbro announced that it would be acquiring eOne.

“We are excited about what we can do together and see tremendous opportunity for shareholder value creation through this acquisition,” Brian Goldner, Hasbro chairman, and chief executive officer said in the company’s press release.

Goldner continued, “Our businesses are highly complementary with substantial synergies and a great cultural fit. The addition of eOne accelerates our blueprint strategy by expanding our brand portfolio with eOne’s beloved global preschool brands, adding proven TV and film expertise, and creating additional opportunities for long-term profitable growth. We are pleased to welcome the incredibly talented eOne team to our Company.”