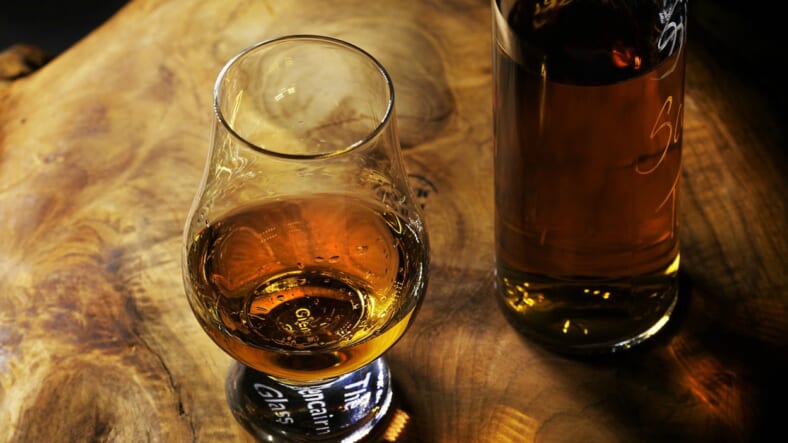 It was Victor Yarbrough’s idea: to do something that would increase economic opportunities in the predominantly Black neighborhoods of west Louisville. So he got with his brothers, Chris and Bryson, and the three started the first Black-owned bourbon company in Louisville — Brough Brothers Bourbon.

The company, currently distributed through Amazon to the United Kingdom, expects to officially launch in Louisville next month, according to Louisville Business First. The Yarbrough brothers grew up in the city’s West End before moving to St. Matthews, Ky. Victor said he’s also lived in London where he began a spirts import and export business called Victory Global.

READ MORE: 4 Black owned wineries you should check out online and in person

“We are working toward basically opening up the bourbon market and using our brand and understanding of Louisville and Kentucky to showcase the talents here,” Victor Yarbrough told Louisville Business First. “We understand what the economic impact would be if we were to open in the West End. Our goal, to a certain degree, is to act as a hub to help build upon the neighborhood.”

The brothers run the bourbon company out of a commercial space which they hope to open as a micro-distillery in March. In addition to bourbon, the brothers will also distill English gin and vodka.

While Victor Yarbrough said he and his brothers are humbled to open the first Black-owned bourbon company in Louisville, he said he also wishes others would have preceded them.

“We love to be the first because we can create and build upon history. But at the same time, we wish there were more African Americans in the actual realm a little bit earlier,” Yarbrough said to Louisville Business First. “We’ll have a pretty specific story and we’re going to hold ourselves to a high standard and continue to expand and bring some historical context and authenticity and great products to people.”

The brothers say they hope to hire four people at the distillery once it’s up and running.