"He has a much deeper understanding of what the situation is, why we have injustice and inequality..." 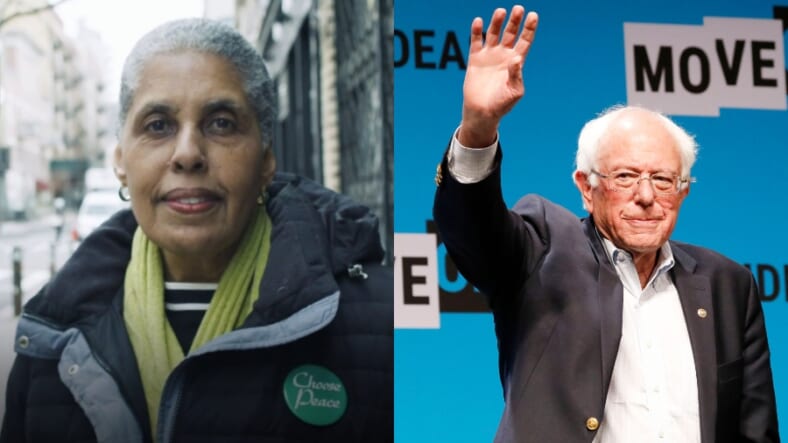 Barbara Smith, who played a significant role in building the Black Feminism movement, has now come forward to announce her endorsement of Sen. Bernie Sanders (D-VT) for president.

During an exclusive interview with The Root, the founding member of the Combahee River Collective that coined the term “identity politics,” explained why she had been a proponent of Sanders since the last election.

“He has a much deeper understanding of what the situation is, why we have injustice and inequality and oppression and discrimination or whatever words you use to describe a society that isn’t functioning the way that it should be functioning,” said Smith. “He [has] the most incisive, sharpest understanding of where all that comes from.”

Sanders’ campaign responded to the endorsement, saying they were “enormously proud to have earned the endorsement of one of the preeminent black feminist activists in American history.”

They point out that Smith’s work, which seeks to highlight oppressive intersectional realities of “race, gender identity, sexual orientation, and class,” has aided in empowering millions of people. In the “fight for substantive equality,” they say they are “humbled to have earned her support.”

To those who have criticized the outspoken senator for not having a race analysis, Smith pushes back, stating that the way the term “identity politics” has been used in the last few decades is “very different than what we intended.”

“The Combahee River Collective has a race, class, gender, and sexuality platform and analysis. We wrote in our statement that all of the systems of oppression are interlocking,” she clarified.

“When we use the term’ identity politics,’ we are actually asserting that black women had a right to determine our own political agendas. We, as black women, we actually had a right to create political priorities and agendas and actions and solutions based in our experiences in having these simultaneous identities—that included other identities via the working class, gay, lesbian, bisexual, etc. So that’s what we meant by it. That didn’t mean we didn’t care about other people’s situations of injustice.”