The two stars met as teenagers and shared a special bond. 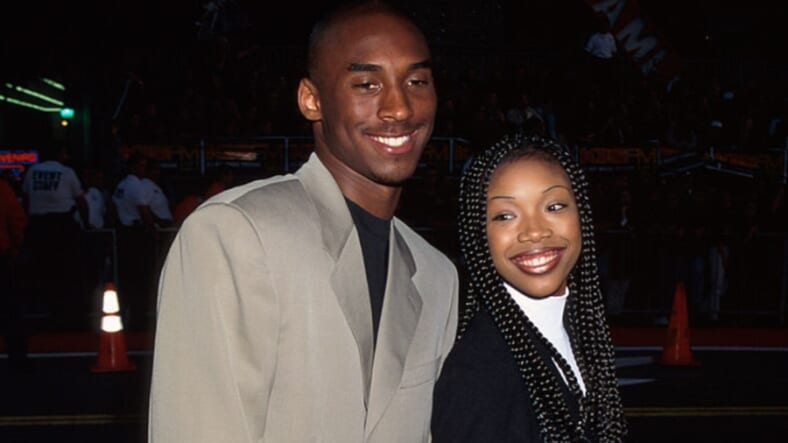 Back in the 90s Kobe Bryant infamously took singer and actress Brandy Norwood to his prom. The stunning duo would go on to date briefly and then remain friends afterward. Now the entertainer has broken her silence about the NBA star’s untimely death.

According to Page Six, a week after Bryant, his 13-year-old daughter Gianna, and seven other passengers passed away in a helicopter crash, Norwood took to social media to send her condolences to Bryant’s wife, Vanessa and their family.

“Never will I understand,” the singer wrote in a captioned that went with a photo of Bryant and Gigi. “My condolences to @vanessabryant, and all families who are in pain during this tragic time. Love ♥️ #Mamba #Mambacita.”

Shortly following his passing, archived footage from an Entertainment Tonight interview that the then 17 and 18-year-old love birds did together went viral.

“He’ll always be my date,” Brandy told the outlet in 1996 while on the set of Moesha.  In a 2016 interview with TMZ Sports, Brandy also said she’d kept the prom dress from the special night.

At the time, Bryant was guest-starring in an episode of “Moesha.” As rumors swirled about whether or not the two were a couple, Bryant told ET they had a “very friendly relationship.”

E! online reports, “In May 1996, at age 17, Brandy, a rising R&B singer and star of the hit sitcom Moesha, was Kobe’s date to his Lower Merion Township High School prom at the Bellevue Hotel in Philadelphia. Brandy wore a sleeveless champagne Moschino dress and matching shawl and her signature long braids. Kobe, almost 18 at the time, wore a black tux and banded-color shirt with no tie.”

“He asked me to go to the prom with him, and since he was a nice guy…I asked my mom, and she said yes,” Brandy told the New York Daily News at the time.

Brandy’s is just one of many heartbroken tributes shared across social media since Kobe Bryant’s tragic death— a testament to Bryant’s tremendous impact, both within and outside the world of basketball.

Never will I understand. My condolences to @vanessabryant, and all families who are in pain during this tragic time. Love ♥️ #Mamba #Mambacita