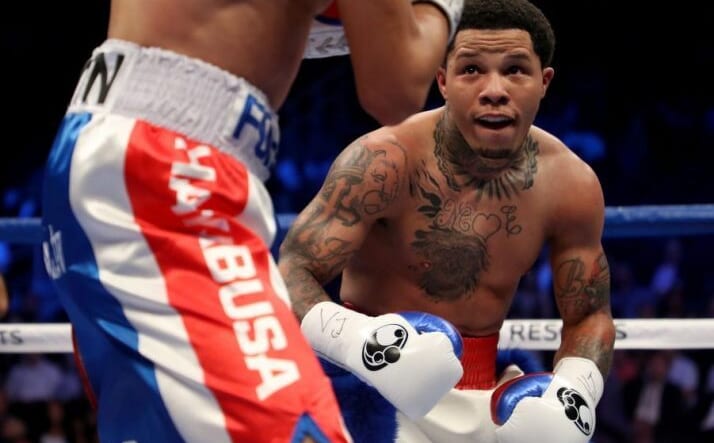 Gervonta “Tank” Davis, the WBA lightweight champion, turned himself into Coral Gables, Florida police on Tuesday and was charged with simple battery domestic violence for grabbing his ex-girlfriend by the neck and forcing her from a basketball game in Miami.

The assault was captured on a cell phone video that has been seen more than seven million times on Twitter. After Davis, 25, grabbed the mother of his daughter from her seat, he escorted her out of the gymnasium and they appeared to be arguing, according to ESPN.

“As a result of an ongoing investigation after being notified through social media and the victim, on February 1, 2020, (Davis) was observed battering his former girlfriend (with) who have a child together,” Coral Gables police released in a statement. “(Davis) surrendered himself to Coral Gables police detectives assigned to the case.”

Once the video went viral, Davis took to Instagram to try and defend himself. “I never once hit her, yea I was aggressive and told her come on… that’s the mother of my child I would never hurt her other than that happy New Years.. January was trash,” Davis said in the post, which was later deleted, according to ESPN. He has since wiped clean all posts on his Instagram.

Leonard Ellerbe of Mayweather Promotions, who is Davis’ promoter, did not respond to ESPN’s messages seeking comment. Tim Smith, a spokesman for Premier Boxing Champions, who manages Davis, declined to comment.

READ MORE: ‘I knew I was spiraling’: Fabolous finally speaks out after 2018 domestic violence incident

Davis of Baltimore is undefeated. He has collected three world titles in two weight classes. His next fight, a likely bout with Leo Santa Cruz, the junior lightweight titlist, is expected to be on pay-per-view later this year.