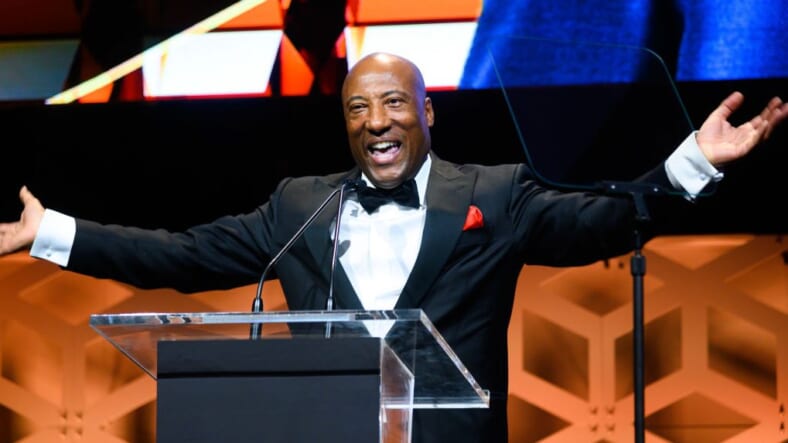 Byron Allen’s Entertainment Studios will present its 4th annual Oscar Gala in support of Children’s Hospital Los Angeles and this year, the extravagant event will feature performances by Maroon 5.

The annual event that invites Hollywood’s elite to enjoy cocktails, and have a sit-down dinner while they watch the 92nd annual Academy Awards telecast is a black-tie affair. After the big show, celebs participate in a charity auction and are treated to an intimate concert that always turns into a raging party. The night’s festivities will be emceed by Jamie Foxx and a long list of stars are set to attend.

Last year’s event raised tons of cash for Children’s Hospital Los Angeles and featured performances by John Legend. Fortunately for the Children’s Hospital Los Angeles, there was tons of power and money in the room and guests were feeling generous as they bid on auction items. When Byron Allen brought Chrissy Teigen onstage, the admittedly tipsy Twitter queen promised “whatever you want, just bid and I’ll do it,” later joking “you can take a shot out of John’s Grammy!” She donated cooking lesson with Chrissy Teigen at her home and a Real Housewives binge-watching session that nabbed a whopping $60,000 from Allen and his wife.